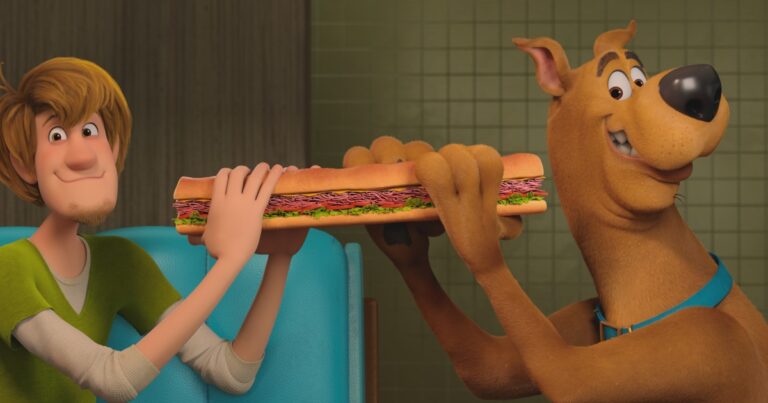 After a somewhat mixed reception following its digital release last month, it has just been announced that Scoob! is heading to premium streaming service HBO Max, and not only that but it is arriving much earlier than fans anticipated.

In a recent statement Kevin Reilly, who is the chief content officer for HBO max, claimed that “HBO Max is the perfect home for these ‘meddling kids’ and their dog” and that they would be releasing Scoob! for all Max subscribers from 26th June.

This has apparently upset some of those who had already paid full price to watch the film upon its initial release just over a month ago.

Despite the star-studded cast which includes iconic figures such as Amanda Seyfried (Daphne), Zac Efron (Fred), Will Forte (Shaggy) and Mark Wahlberg (Blue Falcon) the film is currently hovering at around 50% fresh on Rotten Tomatoes and holds only a 43 point score on Metacritic.

Many fans of the original cartoon blame the film’s poor scores on the fact that Scoob! apparently fails to capture the nostalgic essence of the show that they watched when they were growing up. One viewer went so far as to say “If you’re a nostalgic person and love that feeling, then Scooby Dooby Doo not watch”.

With a wide array of characters from across the Hanna-Barbera universe including D*** Dastardly, Blue Falcon and Dynomutt and Captain Caveman, some critics believe that Scoob! may be a launching pad for a series of films based around characters from other classic cartoons and shows.

The official synopsis of the film says that it not only “reveals how lifelong friends Scooby and Shaggy first met” but also how they came to form Mystery Inc. before “Scooby and the gang face their biggest, most challenging mystery ever: a plot to unleash the ghost dog Cerberus upon the world”. The synopsis itself also promises to reveal Scooby-Doo’s “secret legacy” and “epic destiny greater than anyone imagined”.