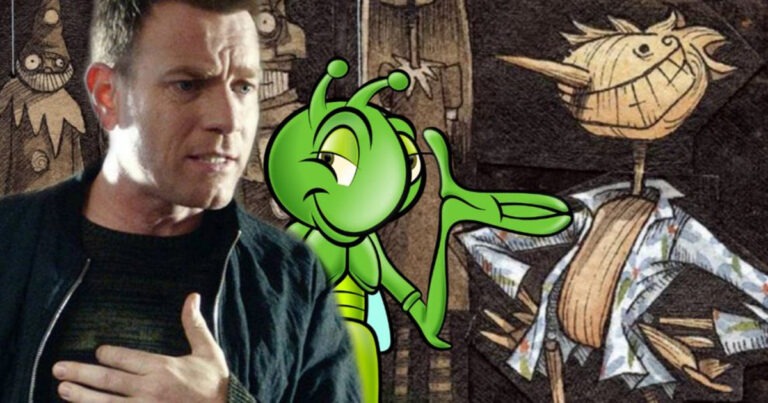 Although it was announced a few years back, a motion animated Pinocchio movie directed by Guillermo del Toro is on its way and while not much has been said on the matter in recent times, we finally have news on the project coming to life sometime in the near future.

Based on the unique designs of Gris Grimly, Del Toro will write, produce, and direct a completely new version of everybody’s favorite puppet who desperately wants to be a real live boy.

In a recent interview with ACE Universe on YouTube – check the video out HERE! – Ewan McGregor revealed to the world that he will be voicing the role of Jiminy Cricket, Pinocchio’s conscience that is projected as a talkative cricket.

Alongside all of the things he mentions in the interview, McGregor also announced that there may or may not be a song that he must record which will feature in the animated movie.

This new take on Pinocchio will be dated back to the 1930s in Italy, during a time where Fascism was on the up and control of the country was being consolidated by Benito Mussolini.

The Pinocchio project has been del Toro’s longtime passion, and now, his vision for the iconic character will come to life when the movie eventually releases.

The two-time Oscar winning filmmaker always puts his all into his work, meaning fans are in for a treat when Pinocchio hits our screens in 2021.

His Best Achievement in Directing and Best Motion Picture of the Year Academy Awards for his work on ‘The Shape of Water’ are his biggest achievements to date.

Ewan McGregor is a one time Golden Globe winner who has enjoyed massive success throughout his career.

Are you as excited about the motion animated Pinocchio movie as we are? Make sure you share your opinions and thoughts with us in the comments.