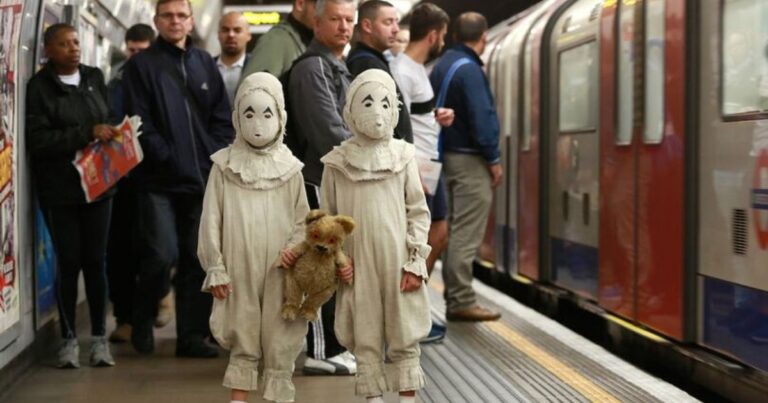 Remember asking your parents where babies come from? If they told you it was a stork or a garden; you probably grew up in a sitcom. If your parents were biologists though, they might have told you the boring truth. But every once in a while something a little different goes down.

The result is twins. Whether identical or fraternal – twins have are usually the centerpiece of conversation.

Twins have always fascinated the dissimilar. We tend to pry into their identities. Asking what it’s like, or how’s it feel. Through childhood and adulthood alike, twins are objectified by the world around them.

When broken down to its smallest component though – the fascination with twins is rooted in one singular fact – only twins comprehend being a twin.

“Twinship” Cannot Be Explained – Even By Twins

Twinship. The unique manifestation of metaphysical bonding between twins. Secret languages, extrasensory perception, and telepathy have been observed countless times by their parents. Twins themselves claim to experience Mirror-touch synesthesia – the ability to feel one another’s physical pain, even when thousands of miles apart. The darker aspects of Twinship are then amplified by humanity’s primal fear – The Unknown.

The Mystery that is Cryptophasia – The Secret Language of Twins

Cryptophasia is a phenomenon of a language developed by twins (identical or fraternal) that only the two children can understand. … Most linguists associate cryptophasia with idioglossia, which is any language used by only one, or very few, people.

Twin language is real – the question begs, is it a real language? The difficulty in researching and understanding Cryptophasia is because it manifests between twins during the same phase of childhood as general language skills for native tongue. Children learn to talk long before they learn to write, and the language itself is so unique to the siblings that to try and translate would be almost impossible. It is a language though. Characterized by specific words and responses and does not rely on additional body language or prompts to communicate the intent. When twins stop speaking in cryptophasia the makeshift language can easily become forgotten.

There are a few cases where observant parents took comprehensive notes and were able to capture some of the words and phrases.

Twins Grace and Virginia Kennedy grew up in San Diego in the 1970s. They devised a sophisticated language among one another, even assigning themselves names to fit their esoteric talk. Poto and Cabengo were how they referred and responded to each other.

In this situation, the cryptophasia stuck around for much longer than average. At 6 years of age, the girls couldn’t speak English and continued to communicate exclusively in their own code.

As stated above, only twins can understand their bond. Even in documented cases of longterm psychiatric observation – we on the outside can do little more than stare into a world not meant for us to tread.

Twin sisters Jennifer and June Gibbons were born in Barbados in 1963 but moved to the United Kingdom shortly after. They became known as The Silent Twins. They only spoke to each other. To the rest of the world – they offered only silence.

They would walk together through town in a manner of sync that baffled observers. Teachers reported that if separated at school they would begin to show signs of illness and eventually lose consciousness. Later in life, violent behaviors began to manifest between them leading to attempts to murder one another. They were hospitalized for a decade until they seemingly reached a morbid agreement. One would die so the other could live a normal life.

Jennifer Gibbons died shortly after. Her cause of death remains a mystery. Marjorie Wallace, a journalist who conducted a series of interviews with both twins while in hospital was present when Jennifer placed her head on June’s shoulder, spoke her final words then closed her eyes and died. Wallace shared Jennifer Gibbon’s last words on NPR.

Want to know more? A documentary was made about the Silent Twins.

I’ve stated before that only twins can truly give us a look into the strange occurrences that hallmark their relationship. The following are testimonials from actual twins highlighting their twinship’s strangest instances.

Their cravings sync up