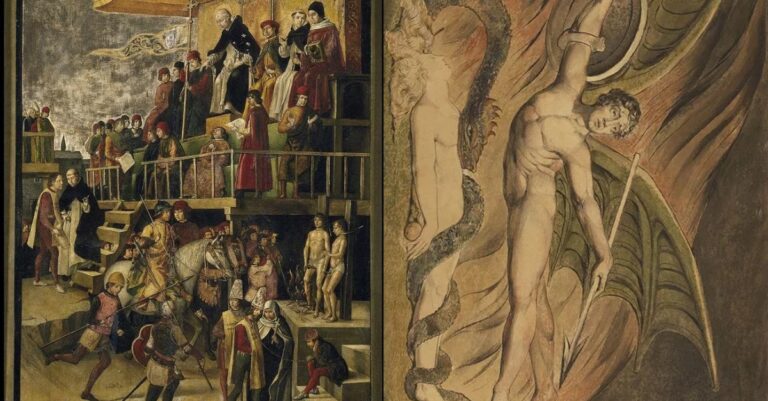 When you hear the word “Satanism,” a bunch of fearful sensations creep all over your body! You are reminded of gory acts, blood and violence that people narrate to be the work of Satan. But have you ever wondered what Satanism really is? Is it all about negativity and gruesome acts? What is the opinion of religion about it? Why Anton LaVey’s created Satanism? The Abrahamic religions interpret Satan as a figure who brings evil and temptation. But we need to find out more facts about Satan which reveal stark realities.

Satanism Is Not About Violence

Promoting violence has never been a part of Satanism. You will be amazed to know that Satanism advocates for people to focus on their “self” and let other live how they deem fit. The Satanic Bible says, “When walking in open territory, bother no one. If someone bothers you, ask him to stop. If he does not stop, destroy him.”

Lucifer is a Liberator

Who does not feel fear crawling down his spine when he hears of Lucifer? No doubt, we all see him as the one who broke the words of God.  But Satanism has a different opinion of him. He is considered as a hero who chose to reject the command of God and live a life of his own. So, he is looked upon as a liberator who dared to live beyond the bounds of control! If this is not taking you to the edge of your liberty, think of living a life beyond the oppression of democracy, capitalism, or even fascism.

Satanism is a Creation of The Catholic Church

In 15th Century, the Catholic Church startled its followers when it claimed that the underground groups of people trying to undermine the society and the church are worshipping Satan. In those days Satanism did not actually existed. Panic spread faster than wild fire among the people when the Church took extreme measures to “curb Satanism” by burning people alive because they worshiped the devil and used witchcraft.

If you have read about Prometheus in Greek Mythology, you would certainly think of Satan in a different way from now. Actually, Prometheus stole fire from gods to give it to man so he may find heat and light. He was punished severely for this act but in Christian tradition Lucifer is also found to be acting out of a desire of empowerment and defiance when he refuses to listen to God.

Satanists See Lucifer as an Idol of Individual Enlightenment

Rather than seeking the sacrifices of blood and taking revenge, Lucifer is looked upon as an idol of rejection to old accepted rituals. He is a symbol of individual enlightenment. This philosophy called “Luciferianism” highlights the clear line between Satan and Lucifer. Can you see the difference?

Satan is the First Feminist

Many learned people like Stockholm University professor Per Faxneld believe that Satan was actually the one who started feminism by encouraging Eve to eat the prohibited fruit of knowledge and break the chains of slavery. Maybe this is the reason why throughout the human history women who fight for their rights against oppression, patriarchy, slavery and traditional gender roles and ask for autonomy or equal right are associated with Satan.

Satanism resembles the idea of Buddhism. One group of Buddhists see Buddha as a god while another group regards him as an ordinary man who was gifted with great ideas. With Satanism, it is the same case. There are Theistic Satanists who see Satan as a deity to be worshipped and Atheistic Satanists follow the teachings of Satan, idolizing his worthy ethical teachings.

Satan Is One of Many

Devils are of several types. Every religion has introduced a certain figure of Satan which for sure is all about evil. You must have seen the figure of Satan with red skin, pointy horns, black goatee and a tail. This is one of many striking figures that no one wants to remember at night. Satan is one of all different devils and means – as interpreted from Hebrew “adversary” or “opposer”.

Are the Satanic Bands Satanists

Who linked Satanism with heavy metal? No one knows for sure but in its real meanings most of heavy metal singers and bands are not related to Satanism by any means. Tom Araya of Slayer actually is Christian but used satanic images to reflect the band’s dark, aggressive image. Ozzy Osbourne explored the occult, and the works of Aleister Crowley who was a member of the Church of England.

Reformed Satanism Is Thriving in America

Mike Grace of Michigan has reformed Satanism to give it more civilized and logical look. He aimed at creating Satanists who are mindful. Dubbing Satanism as a school of thought that introduces self-responsibility and not just pleasure-seeking, he adds that you enjoy your life but not at the expense of others.

Often media and public confuse Satanism with Occultism.  Occultism is a large banner including a huge amount of ideologies, beliefs, thoughts etc. Magic, mysticism, alchemy, astrology and even ancient people’s beliefs like Druids are also included in it. Satanism is more limited is one thought under the title of occultism. If you see the definition of occultism, it is no more than the learning of the supernatural—mainly, anything that isn’t science.

Satanism – Your Choice of Pain or Gain?

Behemoth were inspired by Satanism and delved deeper into it through their music. The band’s front-man Nergal was caught by Satan’s autonomy, freedom, intelligence and independence of thinking. He found Satan to be a symbol of these great values. But he paid the price of his beliefs. Nergal was arrested and tried for his blasphemous behavior.

Pentagram is Shared by Satanism, Christianity and Judaism

The five-pointed star was originally used in Christianity and Judaism with good intent. King Solomon’s ring had this symbol and this star’s five points represent the fructification of Christ. The church of Satan also uses it.

Satanism is a relatively new religion contrary to what people think. It just appeared in late 30s and 40s. The formal Church of Satan was formed in April 30, 1966. The idea of ancient Satanism, however, may originate from literary contributions like Paradise Lost.

The Satanic Panic Was A Hoax

Mass hysteria that struck the US in the 1980s was known as Satanic Panic. The media shaped the idea that Satanism was behind ritualistic crimes such as murder and abuse. There is no established evidence of satanic ritual abuse and all the panic turned out to be preposterous.

The Berlin Wall did collapse but what happened after in Poland and Lithuania was disturbing and was automatically attributed to Satan. The satanic crimes that spread like a contagious disease in society resulted in a high level of panic. To find a convincing reason for the chaos, Satanism was blamed. In truth, the majority of these people were youth suffering from extreme economic depression. They used Satan as a way to defy Catholicism because it was the religion of the country’s central oppressive authority.

One of the greatest values of the Church of Satan is self-empowerment. The Church believes that women drawn towards Satan seize assertiveness and power for themselves while rejecting patriarchal control. The Church also regards the feminist movement as weak. It accuses the movement to being a victimhood harboring environment for women all while gaining the assistance of other sources such as the government for promoting equality.

With all these fresh ideas about Satanism swarming around in your head, you are bound to have some questions to ask. Granted that more questions are bound to arise from this reading than answers, feel free to share your point of view of the Satanist movement down below.