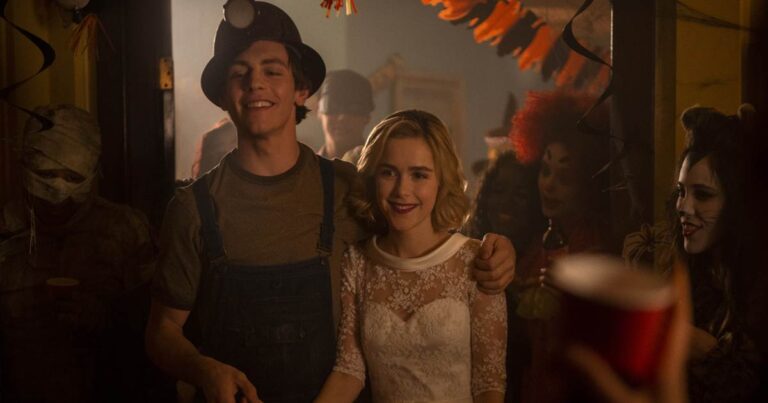 Following on from the shock cancellation of Archie Comics’ adaptation Chilling Adventures Of Sabrina fans of the show have been quick on the trigger when it comes to getting a petition going to support the shows renewal.

The petition to save Sabrina which was created yesterday has already reached over 31,600 signatures and is getting extremely close to achieving its goal of 35,000 signatures within 48 hours of its creation.

“Chilling Adventures of Sabrina is an extremely popular show” states the petition creator Dominic Barrett. He continues “We are petitioning to bring this back after it’s unfair cancellation and ask that it be renewed for a 5th season. The show is extremely loved by fans and we hope this petition can bring the show back from the dead.”.

The show definitely has a dedicated fan base, shown not only through the overwhelming rally of support shown in the petition but also the swathe of nominations and award wins that the Chilling Adventures Of Sabrina has under its belt.

Some of the comments for the petition just go to show how much some people want Sabrina to come back for at least another season. One signatory says “Why on earth would Netflix get rid of such an incredible show? It’s not like we have enough positive leads or anything? Rethink this one!!” whilst another exclaims “Dear Netflix: STOP CANCELLING YOUR BEST SHOWS!”.

The petition to save Sabrina is extremely reminiscent of a recent effort to also save Lucifer from being canceled on Netflix, which after reaching over 117,000 signatures and a furious social backlash from Lucifer fans actually helped in getting the show back on the platform for another season.

So all hope is not lost for all the teenage witch fans out there, especially if the support keeps pouring in. If you’re a follower of the show don’t forget to head on over to Change.org and sign that petition!