Freaked DISCOVER THE ART OF PUBLISHING
Home TV ‘Shark Week’ Set To Showcase “Tyson vs Jaws: Rumble on the Reef” 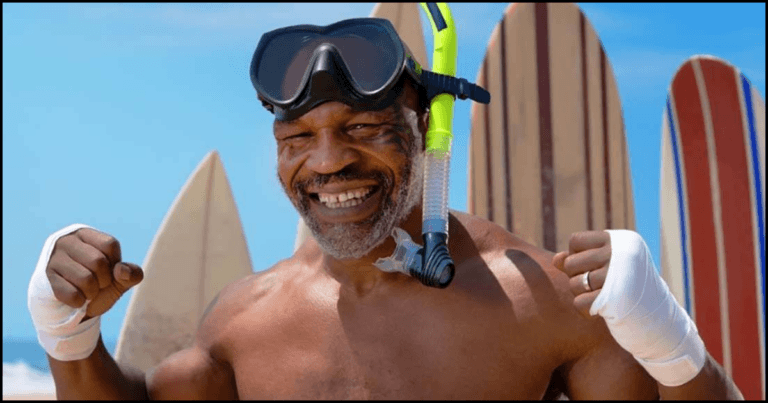 The Discovery Channel is preparing itself for the 32nd anniversary of “Shark Week” and news has surfaced that this year’s focal point sees Boxing legend, Mike Tyson, test his skills against a shark.

In preparation for his Boxing comeback, Tyson is tested by a very unlikely training partner and quite possibly his toughest challenge to date when he comes face to face with one of the ocean’s most savage predators.

The special which will undoubtedly be packed with entertainment is set to air when Shark Week goes ahead on Sunday, August 9.

The Legendary Michael Buffer will be calling the shots as these two heavyweights slug it out in a battle between land and sea.

Mike Tyson spoke on the upcoming special and had this to say.

“I took on this challenger to overcome fears I still deal with in life.”

The iconic Boxer spoke about his fears of stepping foot back into the ring at 54 years of age, claiming that his time filming for Shark Week helped him realize that he can overcome anything he is intimidated by and reach goals he otherwise couldn’t.

According to Entertainment Weekly, Shark Week 2020 will host an enormous 20-hours of brand new programming, and alongside Mike Tyson’s feature, Shark Week will include a special that celebrates the 20th anniversary of Air Jaws.

If you’re a Mike Tyson or Jaws fan, you surely don’t want to miss this hilarious crossover between two of the most iconic figures the world has to offer.

Digest what “Tyson vs Jaws: Rumble on the Reef” has to offer by taking a bite out of the teaser trailer down below.

Although it’s unrelated to Shark Week, why don’t you go over and check out the new official Jaws toy, “Bruce the Shark Plush”, HERE!

Will you be watching Mike Tyson battle a shark during Shark Week 2020? Be sure to let us know your thoughts and opinions in the comments below.