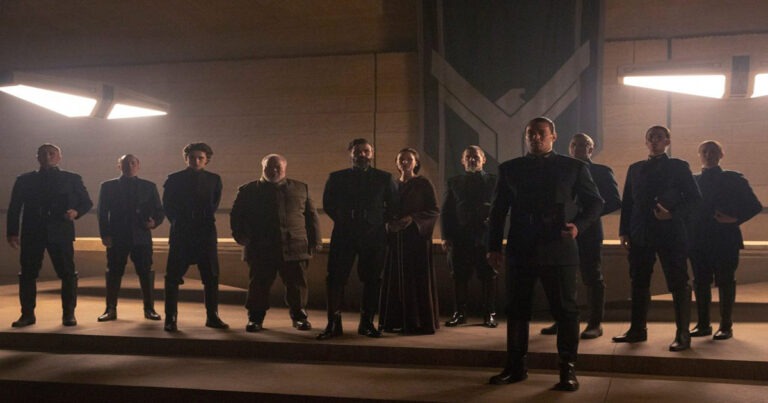 Denis Villeneuve’s adaptation of Dune is on its way and after countless rumors, we finally have our first look at what could be the biggest SciFi movie of the year.

Nine images have been released in attempts to get fans excited about the upcoming film, and if the star-studded cast has anything to do with it, we’re sure not to be disappointed.

Dune follows the son of an incredibly noble family who is entrusted with the protection of the single most valuable and vital element in the galaxy.

Below, you can check out some of the star actors and actresses as we get our first look at the Dune cast.

Jason Momoa will play Duncan Idaho in the forthcoming Dune project. The Hawaiian-born actor is most known for his short but brilliant work as Khal Drogo on HBO’s Game of Thrones, and his time as DC’s Aquaman.

Zendaya has the role of Chani in the SciFi movie. Aside from her work for Disney, her most notable work throughout her career has been her time as MJ/Michelle in the recent Spider-Man movies.

Gurney Halleck will be played by the phenomenal Josh Brolin. His most lucrative role has potentially been Thanos in the Avengers movies, but you may also know him as Llewelyn Moss in No Country For Old Men and Cable in 2018s Deadpool 2.

Check out the rest of the pictures of the cast below.

Some big stars unseen in these images will feature in Dune which is still set for its December 18, 2020 release date.

Are you excited and looking forward to Denis Villeneuve’s Dune? Let us know what you think in the comments.