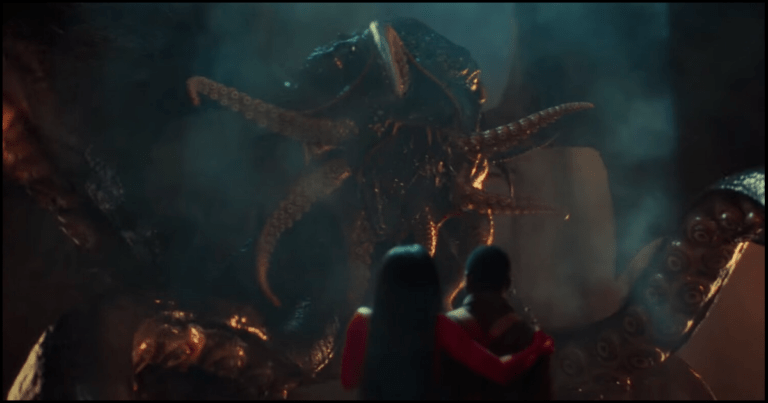 Following a young African-American man in the 1950s who ventures across the United States in search of his missing father, HBO’s Lovecraft Country promises to be a wild rollercoaster when it premieres on August 16.

The new horror series created by the star-studded team of Jordan Peele, J.J. Abrams, and Misha Green has officially dropped a new trailer, and although the 2:20 teaser video is short, it has significantly raised supporters intrigue in the show.

Based on Matt Ruff’s 2016 novel, Lovecraft Country accompanies Atticus Black (played by Jonathan Majors), along with his friend Letitia (Jurnee Smollett-Bell), and his uncle George Black (Courtney B. Vance), who struggle in their attempts to rise above the racist horror of white America and the horrifying monsters that threaten them while they search for Freeman’s missing father.

You can expect the Southern Gothic horror story to debut on Sunday, August 16, at 10 pm on HBO. The show will also be available to watch on HBO Max as new episodes will be added each week.

If you weren’t already impatiently waiting for Lovecraft Country to drop, the trailer below will surely have you frantically counting down the days to the shows eventual release. Enjoy.

Did you enjoy the gripping, intense trailer? How eager are you to see Lovecraft Country when it officially debuts in August later this year? Be sure to let us know your thoughts and opinions in the comments below.