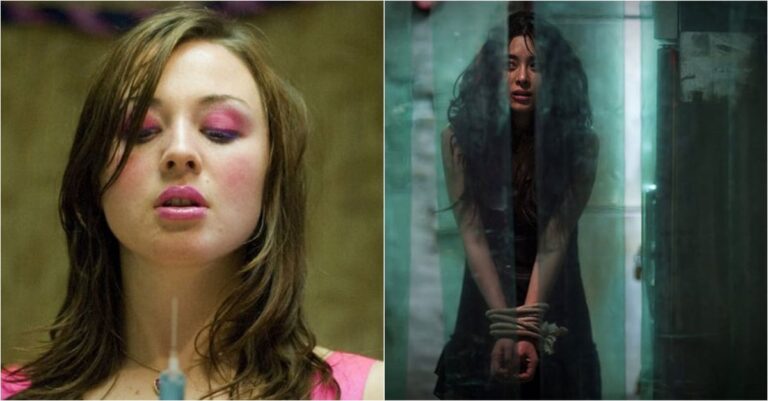 While everyone who enjoys watching films tends to select from box office hits and major grossing movies every time they feel like having a good time, rumor has it that there are lesser known gems out there you should definitely watch. In the horror genre of films, this collection of absolutely brilliant yet underrated productions are a must-watch for every horror fan out there.

Two coworkers are determined to get to the bottom of a grisly suicide attempt. The victim was working on a mysterious disk before he took his own life. At the same time, an economics student witnesses a suicide attempt online and realizes that the dead are crossing over through technology.

High school chick flicks are all the rage but director Sean Byrne takes it to a whole other level. The deadly effects of a high school dance offer’s rejection will hook you to the indulgent production till the very end.

A psychological drama, this South Korean film turns the hunter into the hunted. An agent learns of his fiancé’s savage murdered by a sadistic bus-driving psychopath. The gory thrill ride turns intense and the thin line between good and evil blurs out.

This Mexican horror film tells the tale of the family of a recently deceased watchmaker and how they learn to provide for themselves. The only twist is that their secret ritualistic diet is at the verge of being exposed.

A hotel on the verge of closing down contains a singular guest and two staff members. Shot in a haunted hotel, the three remaining people prod around in an attempt to awaken the spirits. The scares provided are unparalleled.

Disgusting, gory and gruesome, this creepy film shows a man who captures a lone surviving member of a savage cult that once roamed the lands where his family lives. He attempts to “civilize” the woman and in the eyebrow raising techniques he makes use of, questions about who the real savages are arise.

A pregnant teenager attempts to flee from her backwoods community once she learns of their plans of sacrificing her in a pit to the “creature”.

An Austrian film based on the Capgras Syndrome narrates the story of two twin boys who grow suspicious that their mother has been replaced by someone else.

Once Paul discovers Bae, his wife, stark naked in the woods their honeymoon takes a twisted turn. Bae’s behavior turns oddly violent as Paul struggles to find a way to save their marriage.

From the Jewish mythology, the dybbuk is a malicious spirit. When a groom uncovers a skeleton hidden in his fiancé’s family home, the dybbuk possesses him. As he struggles to retain his sanity while the spirit takes over, the bride’s family is hell bent on keeping the story from the guests.

A struggling artist and his family move into a new house whose prior owner murdered his own mother. As the spirits in the house are determined to torment the new inhabitants, the artist must figure out how to keep himself and his family safe.

A twist on supernatural forces and sinister evil, the “family-friendly” horror film shows a father-son duo working as coroners tackling a corpse uncovered under odd circumstances.

After losing a parent, Milo’s interest in vampires seems to grow obsessively – to a point where he indulges in bloodsucking. Blending a romantic angle and gore, this film is an absolute fan favorite.

Horror with an enticing carnal edge, “Raw” takes a vegetarian vet student onto a journey of unusual consumption. The student finds herself craving much more after she is forced to devour rabbit liver for her hazing.

A local deputy discovers an injured drug fiend by the side of the road and takes him to the hospital. The deputy soon discovers that he is being trailed by violent cultists. They surround the hospital and trap everyone within. This is where the deputy realizes that the hospital’s walls house something far deadlier than the hooded figures on the outside.

Looking for new films to sate your never ending hunger for fresh productions can be tough. But, now that you’ve read of these entrancing titles, it is time to settle in for a good night’s watch. These are truly horror gems.