Freaked DISCOVER THE ART OF PUBLISHING
Home Movies From “Poltergeist” to “Nightmare on Elm Street”: The scariest horror films of the 1980s 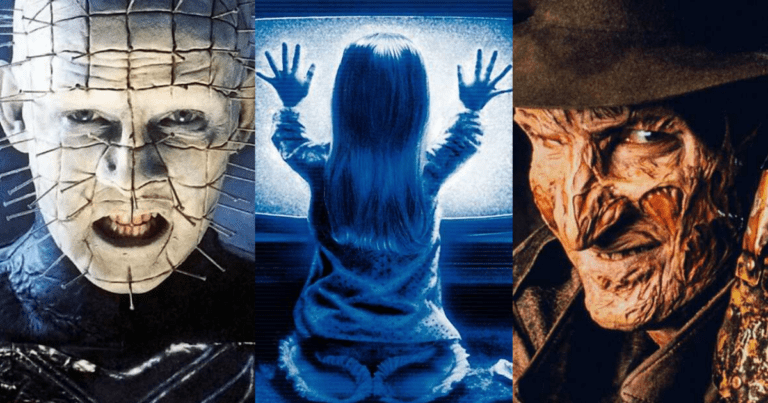 Beyond the slew of action flicks and memorable tearjerker dramas that came within its time, there’s no denying that the 1980s is a phenomenal decade for horror films.

While the ‘80s were flooded with countless B-movie/ campy titles that categorize itself as “horror,” one should not disregard those that were able to withstand its scares—some of which can pass off as “traumatizing” up to this day. But as every list should work, we must pin down everything to the best.

Here are the ten horror films from the 1980s that are, without a doubt, the scariest:

Every child from the ‘80s has at least one memory wherein they had trouble watching something on television because of Poltergeist’s most memorable scene involving a child touching a blank screen. It’s brilliantly directed, to the point that a lot were still wondering if Steven Spielberg was the one who helmed the entire thing despite being only credited as screenwriter and producer.

Many people have overlooked The Funhouse, which memorably uses the space of a “circus” to present something uncategorizable and ultimately bizarre. An irresistible movie, but be warned of the possible sleepless nights that might happen to you because of it.

Pet Sematary is a hair-raising watch, mostly thanks to its shocking visuals that are complemented with great production design and the cast’s impeccable performances.

A lot of the younger generation are unfamiliar with The Changeling, but it is easily a mandatory watch if you are interested in exploring cinema that memorably depicts the paranormal. It may be quiet, but when it hits you, it hits loud and hard.

Pinhead is arguably one of the creepiest characters to come out in cinematic history. Much like his character, the movie Hellraiser delivers nightmare after nightmare to unwary watchers. It never ceases to disturb the senses of moviegoers, even up to this day.

Children of the Corn aged well despite the hesitations a lot of people have said during its release. Unwrap and go beyond its conventional fare, you will be treated with a sleek and incredibly eerie piece of horror cinema.

Two amazing Evil Dead movies were released in the ‘80s, but we’re choosing the first one as the scariest. Scares set in remote locations are always the best, with Sam Raimi’s low-budget masterpiece up there in the top ranks.

John Carpenter’s The Thing is not the ideal movie for the claustrophobic. Set in just one location, the movie weaves through memorable scares after scares—trapping you to its nail-biting mission.

A Nightmare on Elm Street is a landmark piece of slasher cinema, up there with the ranks of Texas Chainsaw Massacre and Halloween. By allowing its iconic villain Freddy Krueger to haunt the dreams of the story’s characters, the scare it provided immediately resulted in many sleepless nights.

Stanley Kubrick’s The Shining is not only the best horror film of the ‘80s, it might be one of the best films in cinematic history. With its slow-paced thrills, the movie gradually sneaks into you—before exploding for the full scare. And who would not scream in terror when Jack Nicholson goes through the door with his ax and said: “Here’s Johnny!”

What are your thoughts on our list of the scariest horror films from the ‘80s? What films do you wish was added? Share your reactions in the comments section below.