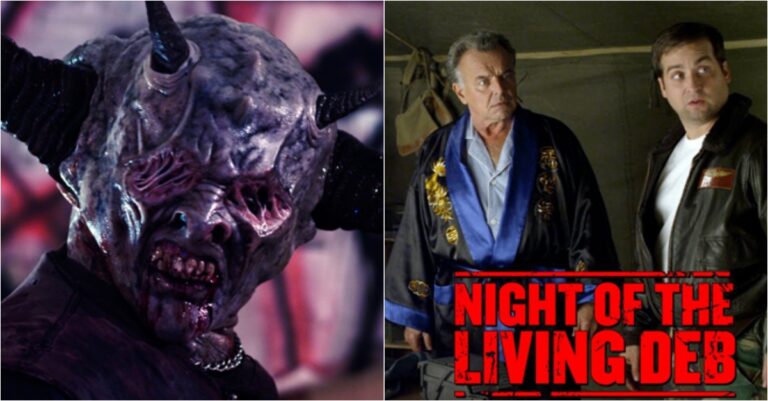 Fans of horror movies especially love zombie films. If you happen to be one such fan, then the following list of the best ten zombie movies on Netflix will appeal to you. While most people are of the idea that all zombie films follow the same trend, that is indeed not the case. As you will see for yourself, these movies explore the world of zombies from some different angles.

A sublime slice of horror in V/H/S 2 comes as the zombie entry, “A Ride in the Park.” Viewers get to witness a zombie outbreak’s development by tracking the GoPro camera on a biker’s ride through a park. Even once it ends, you must not close it. The short that follows after called “Safe Haven” is nothing short of a real nightmare.

A zombie-based romantic dark comedy, Burying the Ex is about a boy, Max, who is scared of how his girlfriend, Evelyn, will handle their breakup. Her accidental death comes as a relief, but just as Max is moving on, the ghost of his past relationship returns – in the form of Evelyn’s corpse. The perfect date movie for those who enjoy grim tales.

Imagine “Evil Dead” but with an Animal Planet twist. This is precisely what Zombeavers is about. Just when you thought human zombies were all that you were supposed to steer clear off, animal zombies emerged. A timeless horror film that will appeal to fans of the genre all over the world, it is undoubtedly a must watch.

Maya, who is sick of her obnoxiously rich parents, moves in with her boyfriend in a squat in Manhattan’s Lower East Side. At first, she worried over the neighbor, but when a toxic cloud emerges and transforms people into zombies, she stresses over her interactions with everyone. Probably not for those who are faint at heart, the movie flaunts gore, horror, and murder.

A horror comedy, Deathgasm goes to show that stoner teenagers must not mess with black magic. Brodie and Zakk find themselves in the unfortunate position of accidentally unleashing dark forced trapped within a page of sheet music in a record. Not long after, the whole town gets possessed, and it is in Brodie and Zakk’s hands to halt the army of the undead.

If you ever thought a walk of shame could get any worse, this horror comedy will prove to you that it can. Deb finds herself at Ryan’s apartment one morning, having no recollection as to how she got there at all. Upon leaving she realized the world has ended and the awkward pair seeks refuge from the world of zombies waiting to get them.

Re-Kill creates a fake TV show based on a SWAT unit whose job is to hunt the “reanimated dead.” The satire and grim outlook of the film remind us all what a great zombie film is supposed to look like. The solid performances saved the production despite its limited budget.

One of the most somber films on this list, What We Become will steep you in prolonged silences, hopelessness and tension. It is easily a film that rises above the clichés of the average zombie movie.

This South Korean film broke records in its first theatrical run. The story starts with a train departing and a woman who climbs on board at the last minute, nursing a bite wound on her leg. It does not take her long to transform into a zombie trapping hundreds of passengers in the train. Soon news spreads of a worldwide outbreak. Easily one of the best zombie films from the last decade, Train to Busan explores class issues from a gory aspect.

Emma and Stacey are sisters and average high school girls. One night the town is quarantined, and their parents are locked out. The girls seize this opportunity to party at their place and enjoy a great evening. However, the fun stops when Stacey gets sick, and the world is on the verge of collapse. Emma is now forced to decide whose life is worthier of saving.

The flesh-hungry bodies of corpses, zombies, have been around ever since 1968 in the “Night of the Living Dead.” Ever since their culmination, horror fans have fallen heedlessly in love with them and simply cannot get enough of what they have to offer.