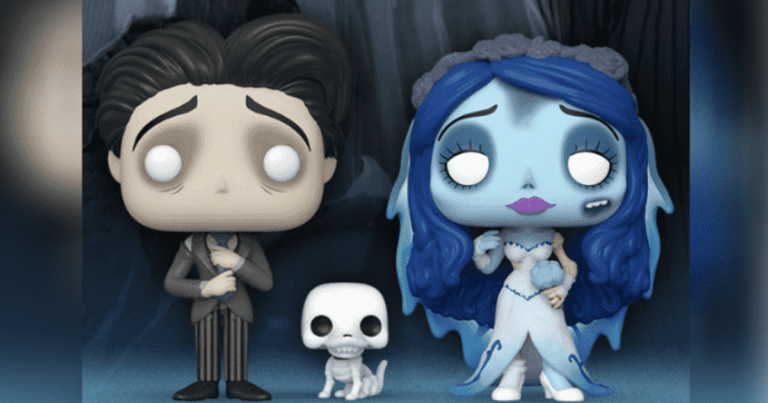 With how popular Tim Burton’s movies have been for the past few decades, people may have assumed that everything has been turned into merchandise. While there has been a large range of the merch released over the years, Funko hasn’t released many of the characters as Pop figures. This is especially true for the Corpse Bride. However, that’s no longer the case, with the character now being available for pre-order.

The Pop comes as a follow-up to Funko’s Funkoween event, which was initially teased in May with a range of other Tim Burton-inspired releases. While there was a range of characters announced then, such as those from The Nightmare Before Christmas and Edward Scissorhands, the Bride was sorely absent.

Check out the Emily Pop here

With the Funkoween event only running from May 18 to May 22, fans hoped that characters from the film would be added by then. Unfortunately, this wasn’t the case. However, Funko seems to be rectifying that now with a range of new Pops being released. Alongside the character are additions from a few other franchises, such as Child’s Play and Killer Klowns From Outer Space.

Zombified versions of Marvel characters are also making their debut with the collection. That being said, it’s the Corpse Bride that looks to be getting attention, as it’s the first time that she has been made available as a Pop figure. As such, fans of the character and movie might want to pick it up as soon as they can.

The character will be joined by others from the film, such as Johnny Depp’s Victor Van Dort. Naturally, he’ll be accompanied by his loyal skele-dog Scraps. Standing at 3 ¾ inches tall, the Pops should be a great collection to many buyers’ collections.

The characters are currently available for pre-order on Entertainment Earth for $10.99 and will begin shipping in August.