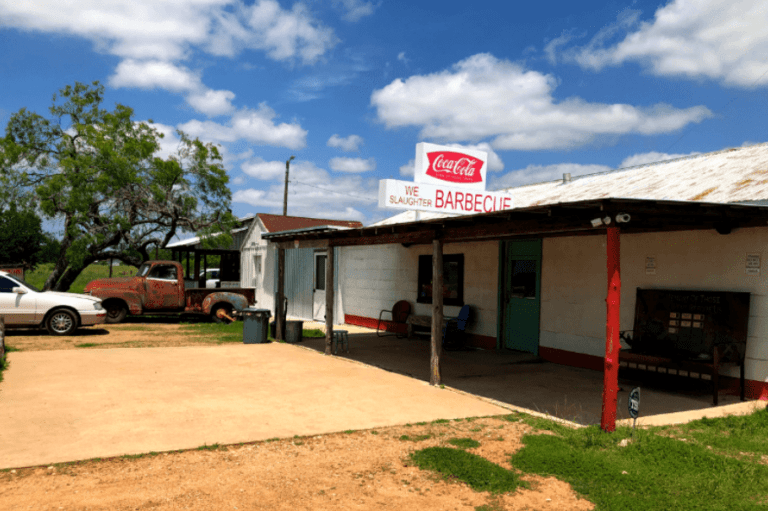 There are endless people who would be open to spending the night in a small cabin and served up some BBQ, but when that cabin is attached to the Texas Chainsaw Massacre Gas Station, there will be a lot fewer volunteers.

In 2016, the owner of the gas station held a grand reopening for fans, while also adding four eerie little cabins for those who would like to spend the night. The owners also offer a BBQ, as their slogan says “We slaughter Barbecue.”

For those who are interested, the Gas Station is right off Highway 304 in Bastrop, Texas. To book a reservation, call 512-321-SAWS, send them an email at [email protected], or visit their official website here.

The Gas Station’s opening to public joins The Texas Chainsaw Massacre House, which is available for fans to spend the night, watch a Texas Chainsaw marathon, and get treated to horror board and video games, in an event that is labeled “the coolest horror slumber party ever.”

Only 13 guests will be permitted to The Texas Chainsaw Massacre House, and applicants have to be 21 or over to apply. Guests must bring their own sleeping arrangements and pillows and will cost upwards of $130.

You are only able to stay in the house on March 29 and March 30, but the Grand Central Café is open to the public from Wednesday to Sunday every week, where you’re able to order breakfast, lunch, and dinner.

The Gas Station experience seems to be a little different to the Texas Chainsaw House, so fans can enjoy two completely unique days out surrounded by the iconic horror movie franchise.

You can order a variety of Brisket and Sausage with a side of Beans, Potato Salad, or Coleslaw, and have a browse in their store which sells Texas Chainsaw Massacre memorabilia, signed photographs, and much more.