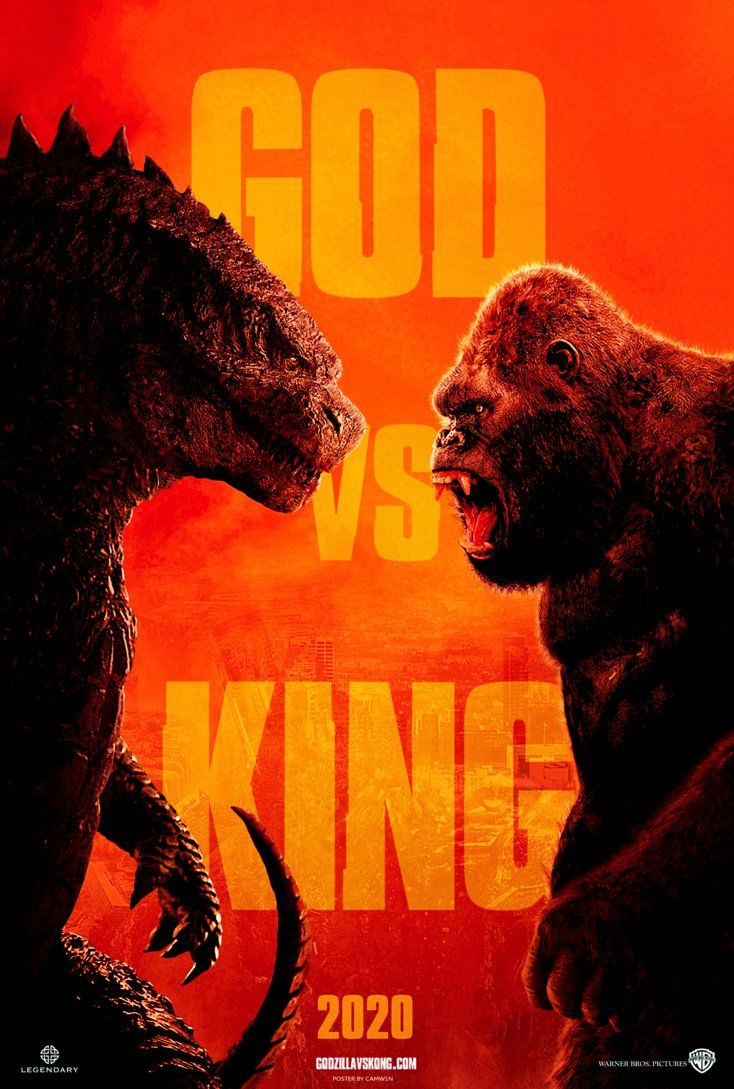 Godzilla Vs Kong director Adam Wingard who is usually reticent to speak about his movies before release, was so excited by the reaction that he took to Instagram to document the occasion, sharing a photograph from the original Toho studios meeting between the two giants with the caption “Yesterday was a great day for these two fellas!”  Which of course, sounds very promising.

Godzilla Vs Kong is the next installment in Legendary’s ‘Monsterverse’ and will see the first on-screen meeting between the two screen legends for a number of decades. Though the original meeting between the pair was very much played for laughs, previous films in the Legendary series would suggest that they will take a more serious approach.

Speculation as to how the plot will develop in this version is rife, with many fans pointing out that although Legendary was at pains to make Kong much taller than in previous incarnations, he would still be dwarfed by the massive Godzilla, suggesting that he will need to outsmart the big lizard if he is to triumph.

Others have pointed out that in this universe Kong is thus far without his usual regal moniker and that he may only become ‘King’ Kong once he has dethroned the current ‘King of Monsters’ to claim his throne. Though, despite the film’s title, the fact that both characters are ‘good guys’ suggests that they are more likely to eventually end up teaming with each other than fighting to a satisfying conclusion.

Other rumors have touched upon the fact that Toho fan-favorite Mecha Godzilla (as the name suggest a mechanical version of Godzilla) may be making an appearance, with some even speculating that this could lead to a crossover with the Pacific Rim, the other ‘big monster’ franchise also owned by Legendary.

Whatever the eventual story is, one thing is for sure, this movie is going to BIG.