Freaked DISCOVER THE ART OF PUBLISHING
Home Horror News Love of Lovecraft: Why So Many Shows and Movies Suddenly Can’t Get Enough of Cthulhu Creator 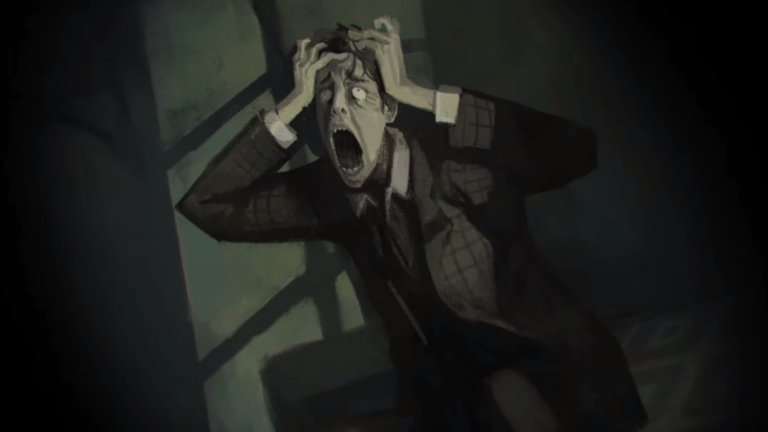 Underwater, Stranger Things, Sabrina, Colour Out Of Space, Lovecraft Country…it seems that for film and TV the elder gods have finally awoken.

H.P. Lovecraft has hardly been invisible for the decades since his death, but for someone who had such a deep impact and influence upon the horror genre, it is difficult to understand why even now he seems to be some kind of well-kept secret that most mainstream movie audiences (and even horror fans) are just now discovering. The reason? His absence from the screen.When it comes to film and TV Lovecraft has been a ghost, only now fully manifesting.

Whilst Lovecraft is all over the pages of horror literature (Stephen King loves to throw references to one of his biggest influences into his work) comics (those interested should check out Neonomicon by graphic novel legend Alan Moore) and is an integral pillar of the RPG and gaming world (I’m not even going to try to list all of these, just google it damn you) his work has remained conspicuously absent from big and small screen, with only a handful of movies and TV shows explicitly touching his material and even fewer attempting serious adaptations.

That, however, is set to change.

As 2020 rolls into only it’s the third month, more and more TV shows and movies are gleefully wearing their Cthulhu credentials on their sleeves, showing either huge influences from Lovecraft’s style, content and characters or in some cases finally attempting to make straight adaptations of his work. In short, if you didn’t know who Lovecraft was before, you will very soon.

But why the sudden urge to bring into the spotlight a writer who until now hasn’t managed to be big on screen?

Some have attributed this sudden thirst for all things, Eldritch, to the ‘state of the world’ and the grim prospects of modern events. I tend to take a less pessimistic view.

To some extent, Lovecraft’s notable absence can be attributed to the ‘unmakeable’ or ‘inconceivable’ nature of Lovecraft’s content. The fact that it couldn’t or perhaps even shouldn’t be converted to the screen.  Much of what makes his ideas of ‘cosmic horror’ so unnerving, is the fact that it deals with things and notions that are to some extent meta-visual. Far beyond what the eye can see or the mind comprehend. It is sort of the point.

Much of ‘cosmic horror’s effectiveness derives from the very idea of something beyond comprehension, unknowable and unimaginable besides which humanity is less than insignificant. To try to illustrate that on screen, especially with the limitations of effects being what they were in previous decades would have been to diminish it.

Beyond this is the fact that Lovecraft’s work was very much dependent on ‘world building’ creating entire mythos into which each story could fit and placing self referential plot points to make them interconnect. Again, something difficult to do in the space of a two hour film.

Finally, there are the less flattering considerations. Namely, the fact that Lovecraft was to some extent the ultimate horror ‘ideas man’. His concepts, such as the notions of cosmic horror, the pantheon of elder gods and the Necronomicon are as original and intriguing as they are enduring. Unfortunately, in some cases (bring on the hate mail, I can take it) his ideas went far beyond his skill as a writer. This means that some of his weaker or thinner plots become difficult to adapt directly, in contrast, to say Stephen King or Edgar Allan Poe, (who is himself due a renaissance sometime soon, mark my words).

Not to mention the difficulties involved in applauding a writer who despite the legacy of his creations, was himself a deeply unpleasant bigot with some quite disgusting opinions on race.

Well, Lovecraft stayed the same but the medium changed. With the advent of  CGI, effects well beyond would have been imagined even ten years ago are now possible on screen, allowing movie makers to visually represent what was previously impossible to capture.

The rise to prominence of television series and binge watching means that stories and mythic worlds that might take much more extended exploration can be teased out over multiple episodes, making the storytelling easier without the restrictions of a two hour time limit but with a colossal budget to do the work justice.

That storytelling can also be given greater investment. With more money in TV, streaming giants like Netflix and HBO can afford to hire the best talent with an appreciation for the original material to translate the essentials into variants more palatable to a modern audience or find new and interesting ways to explore the ‘ideas’ in Lovecraft’s work without necessarily trying to do straight adaptations.

Furthermore, just the AMOUNT of content now available means that these networks, not to mention movie production companies, are thirsty for content. It’s only natural that they will look to what is considered to be classic or what is popular in other mediums (the aforementioned novels, comics, RPG and computer games), especially if that particular body of work has not already been done to death.

So strap in, there’s a lot of Cthulhu coming your way and with the renaissance not showing any signs of slowing down, 2020 might just be the year that the elder gods return…