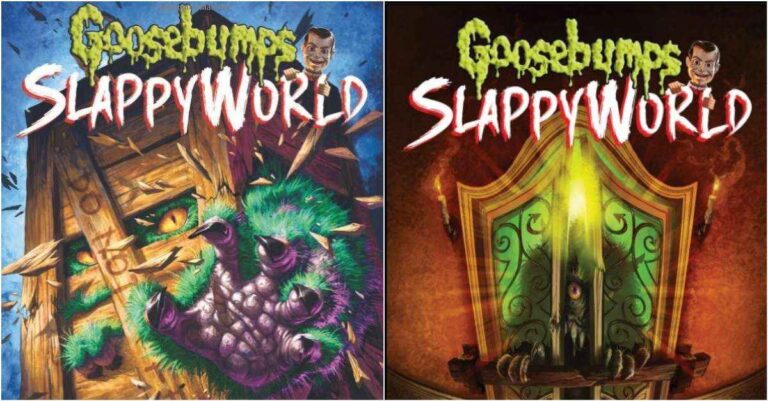 Another beloved classical author, not unlike Stephen King, is none other than R. L. Stine, who appears to never stop writing. Given how his “Goosebumps” franchise has lived on through the years, it does not appear far-fetched to have kept our hopes up. Well, our prayers have finally been answered. Aside from the much awaited “Goosebumps: Slappy’s Revenge” movie coming out in October, a bunch of new books is also coming out in 2018.

From “Goosebumps: Please Do Not Feed The Weirdo,” releasing on February 27, 2018, the fourth installment in the series:

Jordan Keppler is looking forward to a nice, quiet day at Carnival World. He may not love the scary rides like his sister, Karla, but he’ll still go on them with her. But Jordan and Karla are about to experience something much more terrifying. There’s a boy in a cage hidden away in a secret part of the park. And he’s begging for some food. The sign next to him says PLEASE DO NOT FEED THE WEIRDO. What harm could it do, though? Jordan and Karla are about to find out what it’s like to deal with an endless appetite.

In an old-fashioned “trapped-in-a-haunted-house” story, twins Riley and Scarlett receive an interesting assignment from their teacher, Mrs. Stermon. Everyone in class needs to do a documentary video about an adventure, something exciting that they experienced. Mrs. Stermon gives them a suggestion, along with their friends Carter, LeeDanitia, and Mia. She shows them a brochure about a scary old house on the edge of town, called Shudder Mansion. “If you six kids and your parents can stay there overnight, you’ll all get A’s,” says the teacher. “I’ll even give you extra credit.”Just how scary is Shudder Mansion? It’s terrifying.

Slappy’s back as a ghost! And this time, the only thing you’ll play is hide-and-go shriek!

Stine recently mentioned that the SlappyWorld series will include at least 8 books, with three being released this year. You can see their art below: