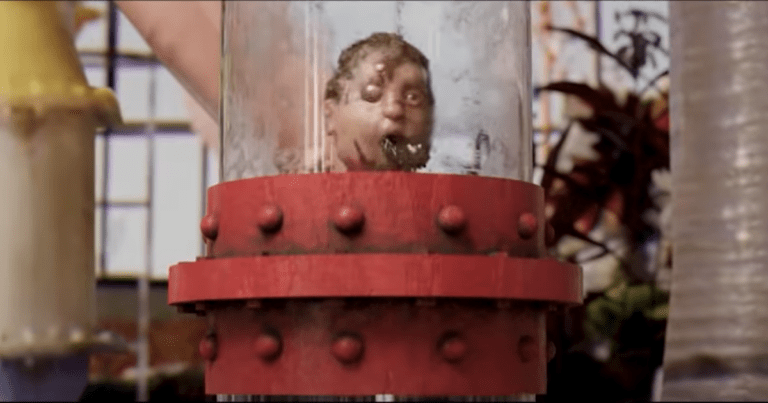 Roald Dahl has always found a way to make us fall in love with his characters, even if they constantly seem like they’re hiding their dark selves and withholding secrets from us.

Unsurprisingly, one of the man’s best pieces and most iconic workings is Willy Wonka & the Chocolate Factory which still remains relevant until this day.

Now, a fan-created video has been shared which alters the supposedly harmless children’s movie, instead, exposing the candy-empire owner for the insane trap-setting man that he is.

The team that mashed it together are the extremely talented freaks, Niko, Nick, and Clint, who can be found over on their YouTube channel, Corridor Crew.

This 21-minute video takes us over the alternate universe version of Willy Wonka & the Chocolate Factory, showing us a glimpse of what could have been if this was intended for horror.

Check the twisted mash-up clip down below.

Not unlike Jigsaw, Willy Wonka sets seemingly life-threatening traps in which he intends to teach valuable lessons to his victims, such as not to be greedy or selfish.

Released back in 1971, the original Willy Wonky & the Chocolate Factory followed a poor, pure-hearted boy, who dreams of finding a famous golden ticket that grants him his chance to venture through Willy Wonka’s unusual and mysterious chocolate factory.

Starring Gene Wilder as the incredibly unorthodox Willy Wonka and Peter Ostrum and Jack Albertson as Charlie and his Grandpa Joe, the film was nominated for one Oscar and one Golden Globe, unfortunately winning neither.

Did you enjoy the horror-themed Willy Wonka video? Let us know your thoughts and opinions in the comments.