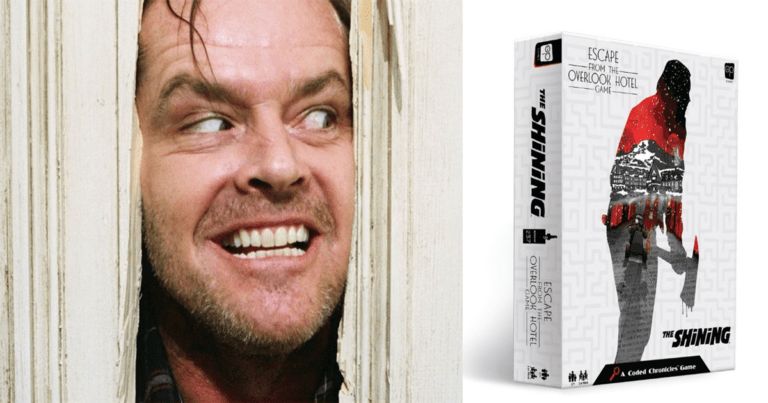 In case you don’t know, The Shining is having its 40th anniversary this year.

This iconic 1980 film by Stanley Kubrick has always been hailed by many critics as the “Best Horror Film of All Time” despite earning the disapproval of the author of its source material, Stephen King.

With its memorable scenes that continued to resonate or traumatize many until this day, The Shining is nothing but a stellar work of cinema fueled by great performances from its cast.

Fans of The Shining who will be celebrating the movie’s anniversary will be thrilled to know that USApoly’s The Op is set to release an escape room entitled The Shining: Escape from the Overlook Hotel this Fall.

Not only is this the perfect timing to have something like this, everyone will have the opportunity to be in the shoes of Wendy and Danny Torrance as they try to escape the hotel from the evil-possessed Jack.

In The Shining: Escape from the Overlook Hotel, players will have to use psychic abilities like “the shining” to solve multiple puzzle challenges. But they will have to be alarmed with Jack and the hotel itself, which are conspiring to keep the Torrance family in captivity.

The game, which costs $29.99, will be comprised of the following: 4 journals, 44 clue cards, 11 secret envelopes, 4 room tiles, 1 act, 2 envelopes, 2 character standees, and 1 Overlook Hotel guest guide. You can order here.

Aside from the escape room game, The Op will also be releasing a thousand-piece puzzle of The Shining this year.

Watch the trailer of The Shining here:

What are your thoughts on the upcoming The Shining: Escape from the Overlook Hotel? Share your reactions in the comments section below.