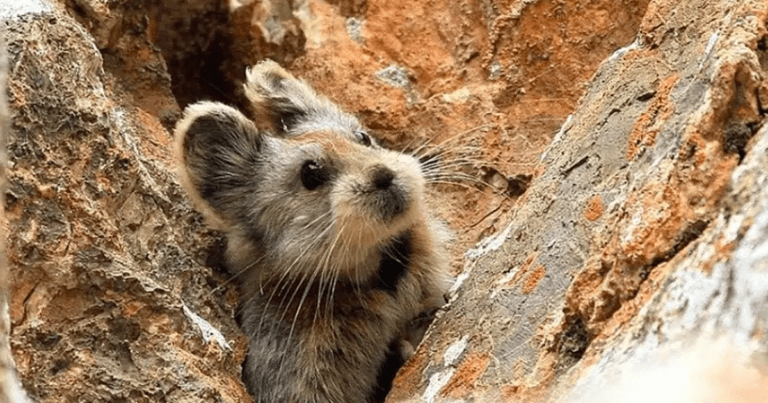 While the so-called ‘magic rabbit’ may not have any supernatural abilities, it is a rare sight to behold. First discovered in the 1980s, the mountain-dwelling creature hadn’t been seen in over two decades. Given that the animal is endangered, this led to speculation that the animal had gone extinct. However, this doesn’t seem to be the case.

Reportedly native to remote areas in the North West of China, the animal has recently been spotted by conservationist Li Weidong. In a twist of irony, Weidong is also the person who first discovered the rabbit in the first place. While this would normally prove to be a good thing, the conservationist speaks about the animal with a worrisome tone.

In fact, Weidong notes that the ‘magic rabbit’ population has drastically diminished in recent decades, claiming that there’s less than 30% of its 1980s numbers left. This would work out to less than 1,000 of the magic rabbits.

To draw attention to the rabbit’s plight, Li Weidong looked to track down as many of the animals as possible to study them further. In addition, he looked to determine exactly how many of them are left. However, there was no mainstream attention or funding to help with this research.

As a result, the conservationist had to fund it by himself, though he did have a team of 20 volunteer researchers. Speaking about the research, Weidong noted that the animals haven’t been active in areas where they previously were, leading to him believing that they had gone extinct.

However, he managed to find several of them, with estimates suggesting that there are roughly 1,000 of the animals left. In addition, he managed to take photographs and videos of the ‘magic rabbit,’ which he hopes will bring more attention to their possibly impending extinction. This hope is added to by the fact that, as per Li Weidong, he may not be able to climb the Tianshan Mountains much longer.