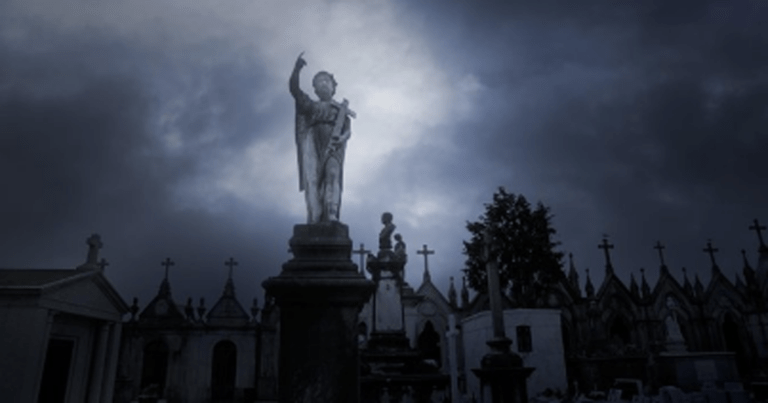 While many cities celebrate or revere the paranormal during certain events, such as Halloween, there are several that have paranormal activity ingrained into their DNA. New Orleans, Louisiana, is one such place. Regularly referred to as the most haunted city in America, the city has a feel that few others can match.

A lot of this can be because of the above-ground graveyards and 18th Century mansions that litter the area, with the majority having their individual creepy lore. However, that doesn’t mean that there isn’t lore and hauntings that connect and intertwine many of them. For example, the Yellow Fever Epidemic in the 19th Century led to the deaths of over 40,000 people in the city.

Many New Orleans locals, alongside the countless tourists to the city, believe that a large number of ghosts come from this time. This doesn’t mean that the town’s creepy history ends there, however. In contrast, it has routinely been connected to Voodoo and occult behavior, with this dating back centuries.

Despite the city’s popularity, few people get to absorb and experience much of this history without spending thousands of dollars to travel to and stay in the city. Now, this doesn’t have to be the case, as a new documentary highlights some of the creepier places in the town, alongside outlining some of the haunted site’s backstory.

The documentary, which you can watch in full below, focuses solely on New Orleans’ French Quarter, which has routinely been seen as one of the more haunted areas of the city. Not being able to experience the sites in person isn’t exactly a drawback, as viewers will still be able to feel the creepy vibes associated with each of the buildings.

If you’re looking for a reason to visit New Orleans, then this creepy history should be enough to draw in even the more hardcore paranormal fans.