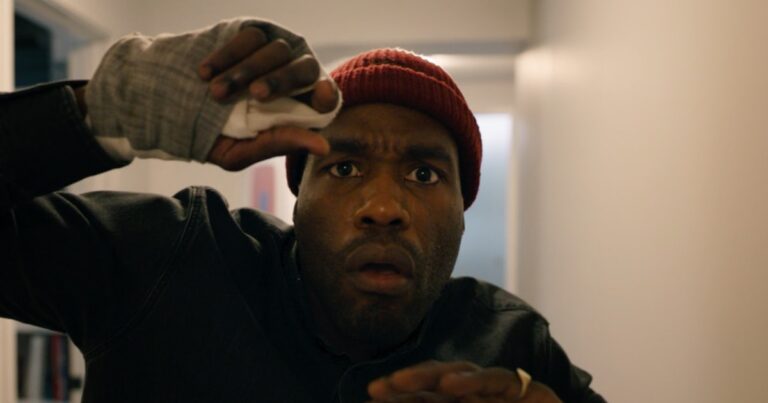 The 90’s horror classic is being soft rebooted with a spiritual sequel in Nia Da Costa’s Candyman sequel. The horror franchise spawned 3 movies about an urban legend that returns to wreak carnage in the world.

With Jordan Peele acting as producer, the new Candyman is officially rated R for bloody horror, violence, and gore. This is not surprising given that the previous movies of the franchise were similarly rated R.

The original Candyman was all about a protagonist working on a thesis about urban legends. As she dug deep into one of those myths, she learns of a ghost murdering people who summon him by saying his name 5 times in a mirror. Nia DaCosta’s Candyman sequel continues that story, using the same neighborhood of the originals as its setting.

A new protagonist hears about the same urban legend of the Candyman and begins to unravel the past. In doing so, his life inevitably collides with the titular Candyman, bringing the myth into a new generation.

Candyman was one of those sleeper horror franchises that also dealt with themes of race and social classes within the United States. This is why producer Jordan Peele is the perfect fit to bring the new Candyman to life, given his work with race-driven horror films such as Get Out and Us.

Peele also co-wrote the script with Win Rosenfeld and director Nia DaCosta. With DaCosta being one of the few women of color in the industry directing the new movie, similarly recurring themes and motifs may be present in the new Candyman as well.

Nia Dacosta’s Candyman sequel stars Yahya Abdul-Mateen II in the starring role, along with Colman Domingo being the character who provides exposition from the first franchise. The movie also sees the return of Tony Todd as the original Candyman from the first film.

In a similar premise to the original, the new Candyman features Abdul-Mateen’s character as an artist who discovers the legend of Candyman, weaving it into his art, with disastrous consequences.

The confirmation of the movie’s R rating is not at all unexpected given the violence and gore from the first films. If anything, the new Candyman sequel may even be gorier than its predecessors.

The Candyman sequel is set to release in theatres on October 16. However, that date may change given the current climate. Stay tuned to this space for more on Candyman before the movie’s release.