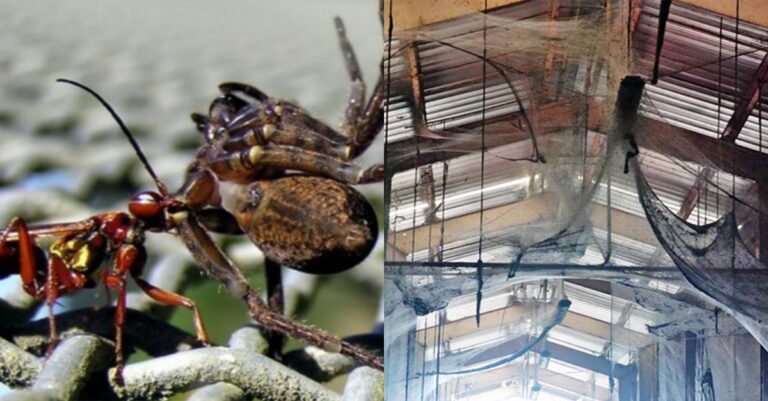 If you happen to be arachnophobic then this article will terrify the life out of you. Even though it lacks the visual fuel, the article does contain topics and discussions that will discomfort you greatly. Spiders are downright creepy in their own wake. But, when it comes down to their different species and types, this is where the real terror begins. And to think that all that disturbing information is just one Google search away makes the internet sound like a highly scary space. The following are 16 things you should never Google if you value your peace of mind.

Spiders residing in people’s ears may sound far-fetched but it is very real. Although rare, incidents of the type have occurred. People who have suffered from this phenomenon report hearing scratching noises in their ears when the spider attempts to move. They also experience frequent headaches and ear aches. The chances of you suffering from something similar are very small but very possible.

Easily one of the world’s largest spiders, the Goliath Bird-Eating Tarantula can likely grow to weigh as much as a puppy and reach the size of a child’s arm. Although not all of these spiders grow to that size, the largest one recorded was a foot long. In fact, more often than not these spiders are mistaken for mammals due to their sheer size and hairiness.

When threatened, the tarantula emits hissing noises. It had barbed hair on its body and two-inch long fangs – these are easily capable of piercing a mouse’s skull. It is also capable of regenerating lost limbs and is venomous.

Probably the worst spider infestation of all time, in 2009 and “extreme spider problem” was reported by the Baltimore Wastewater Treatment Plant. Almost four acres of land was completely covered in spider web. Scientists called to the scene confirmed an estimate of over 107 million spiders existing on the land. In some spots there were over 35 thousand spiders per cubic meter.

A local newspaper reported: “We were unprepared for the sheer scale of the spider population and the extraordinary masses of both three dimensional and sheet-like webbing that blanketed much of the facility’s cavernous interior… Far greater in magnitude than any previously recorded aggregation of orb-weavers, the visual impact of the spectacle was nothing less than astonishing. In places where the plant workers had swept aside the webbing to access equipment, the silk lay piled on the floor in rope-like clumps as thick as a fire hose.”

The brown recluse’s bites are gnarly. In many cases, the bites are misdiagnosed diabetic ulcers, bites from other animals, MRSA and Staph infections and even skin cancer. However, if you come across the real thing, it will mess you up seriously. A Google search of brown recluse bites will leave you nauseated and scarred regardless of whether it is the real deal or not. It is seriously nasty.

Many people that the tale of the Ukraine Mutant Spider is an urban legend the tale goes along the lines of a man being found dead in an elevator in Ukraine in the 90s. his death was a mystery and a medical examination of the body showed a bite mark on his neck and a substantial amount of blood missing from his body.

More victims emerged shortly after from the same elevator. A concerned police sergeant and detective conducted a thorough search of the elevator and upon hearing a noise coming from above, they checked it out. Turns out a giant spider with a head the size of a man’s fist was residing there. They managed to get rid of it but only after it had killed the sergeant.

The Golden Silk Orb Weaver is perhaps one of the most terrifying ordinary spiders. Their webs are so massive and strong that they can entrap full live birds. The spiders then devour the full live bird. These spiders are also notorious for eating bats if they can catch them and even snakes at times. Although they do not harm humans at all, this does not make them any less horrifying.

The Ghost Trees Of Pakistan

Nature can be beautiful at times and truly haunting at other times. Pakistan is one of the many south Asian countries that are infected by massive floods just about every year. In an attempt to escape the water, spiders climb into the treetops and nest. By the time the water recedes, their nests are so huge that they cocoon the whole tree. The “ghost trees” remain even after the spiders depart or die. The hauntingly gorgeous images are creepy on a while other level.

Decoy spiders are mildly creepy. They collect trash and corpses of their kill and create a decoy spider in the web. These South American spiders evade death by planting a “decoy” in their place. Spiders in the Philippines have been known to do something similar. The spider decoy is a wonderful way to ward off predators who fear spiders.

Pablo Barroeta went viral when in 201 he visited Mexico and discovered a furry clump in an empty plastic pool. He filmed himself poking at the clump to discover what it was. It was a nest. A spider nest. The result of his poking was a flood of baby arachnids that never seems to end. the video is highly disturbing and unnerving for anyone let alone arachnophobes. Although harmless, the sight is a real cringe.

The one thing scarier than a large mass of spiders is a large mass of spiders that can fly. Some spiders possess the ability to create a web that is so expertly made that it can catch the wind and inflate like a balloon, hence migrating them to different regions. At one point in Australia, people experienced millions of spiders raining down from the sky. The experience led multiple town to evacuate as they were entirely covered in spiders and spider webbing.

Trapdoor spiders are famous for making burrows in the ground made out of their silk, plants and earth. The completed burrow even has a lid that shuts tight so as to blend in perfectly with the surroundings. This trapdoor comes in very handy when capturing prey. The spider waits inside its burrow for unwary prey to pass by. At that instant, it slams open the trapdoor and pulls in its prey. These spiders can catch baby birds, frogs and even fish.

Spider eggs are how spiders are born. However, they are not birthed individually. Spiders lay eggs in egg sacs and there is nothing more disgusting to look at. At times there are hundreds of spiders in a singular spider sac. Absolutely do not Google this.

Wolf Spider Babies differ from average spiders in that they hunt down their prey instead of just spinning a web and laying in silent wait. The mothers attach their eggs to their stomachs after laying them and carry them everywhere they go. That way when the babies hatch, the mother carries them around (just how human mothers do). It is a truly terrifying sight.

Spider mating is an odd art. Some spiders ejaculate onto webs and then impregnate the female by use of their legs. Some female spiders are known to tear off the male spiders’ genitalia. Other species of spiders even tear off their own genitalia and give it to the females as an offering. In more cases, the spiders have long lasting s** with continues for up to half an hour during which they are screaming at each other. That all aside, 80% of spider species’ s** ends with the female spider consuming her mate.

Zombie spiders work in odd ways. No, they don’t come back from the dead. The truth is actually far creepier. Ichneumonid wasps lay eggs on the backs of orb weaver spiders. When the eggs turn to larvae, the larvae burrows within the spider, eating it from the inside out. The larvae then control the spider’s brain to stop it from eating, preying or even spinning webs. Instead, the spider is made to become a bed for more larvae. Once the spider dies, the larvae consume it and then turn into wasps. The cycle then repeats itself.

Regardless of what you search in terms of spiders, the results are bound to be disturbing, unnerving, horrifying and traumatizing. It is a safe bet to not even get near that part of the web. However, if you are far too intrigued at this point to not head out and conduct your own research, then by all means do so. We wish you luck!