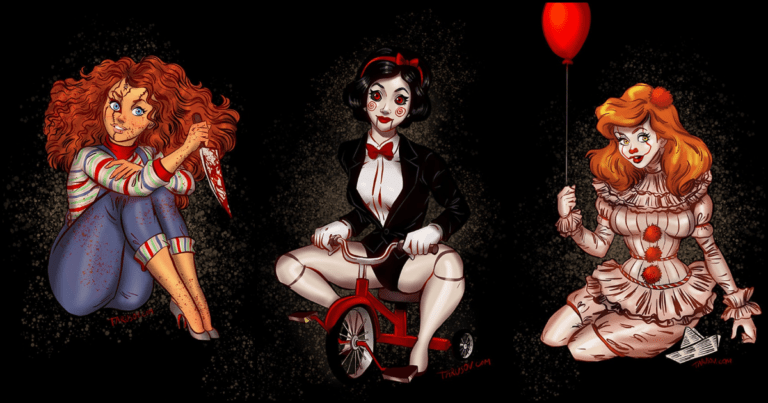 From young a lot of us were introduced to Disney, and while they have a wide range of iconic characters that are each captivating in their own special way, most little girls (and some boys) were fascinated by Disney Princesses.

For the majority of us, Disney was passed down to the younger generation as we started to grow up and find new passions – one of them being horror.

Well now, for you Disney loving, horror fanatics, an artist has spent some time transforming your favorite classic horror villains into Disney Princesses and they are hauntingly mesmerizing.

You’re now able to see the artists – Andrew Tarusov – wonderful workings in the collection we’ve shared with you below. 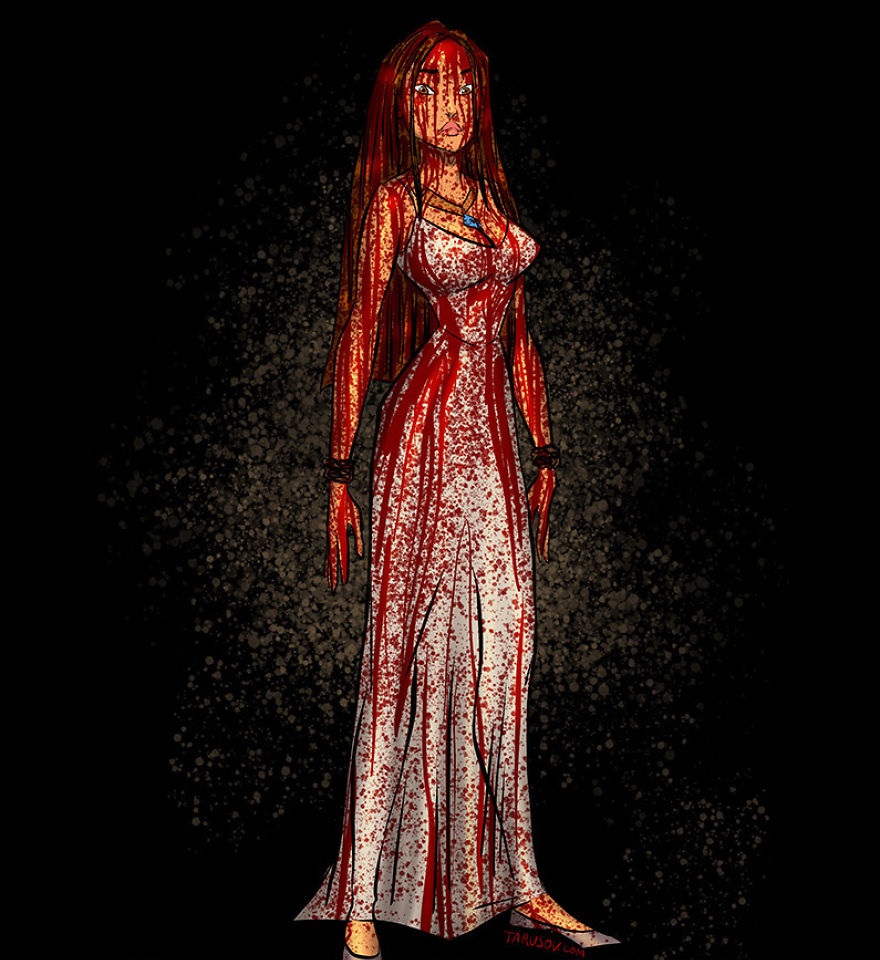 The once bold and unbreakable Princess is now a blood-soaked psychopath. 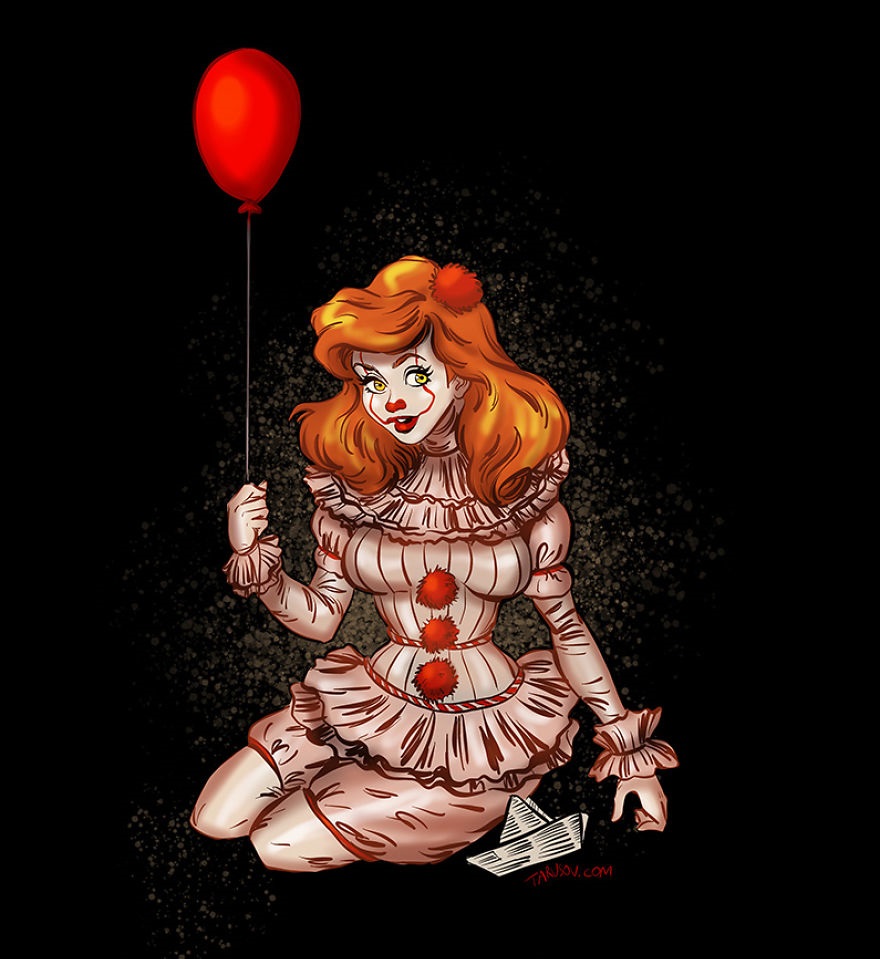 Ariel could easily attract people in with her soft voice and charm, before devouring them, of course. 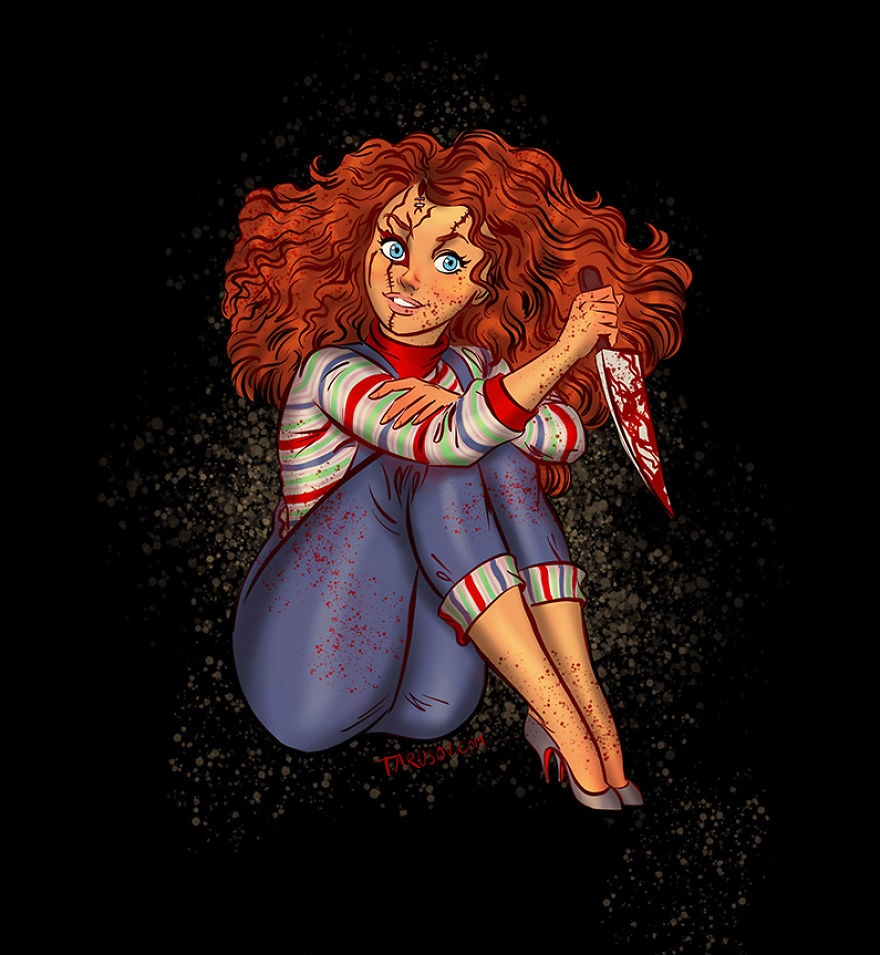 The resemblance is uncanny! The brave archer turned serial killer doll has to be one of Tarusov’s most creepy creations. 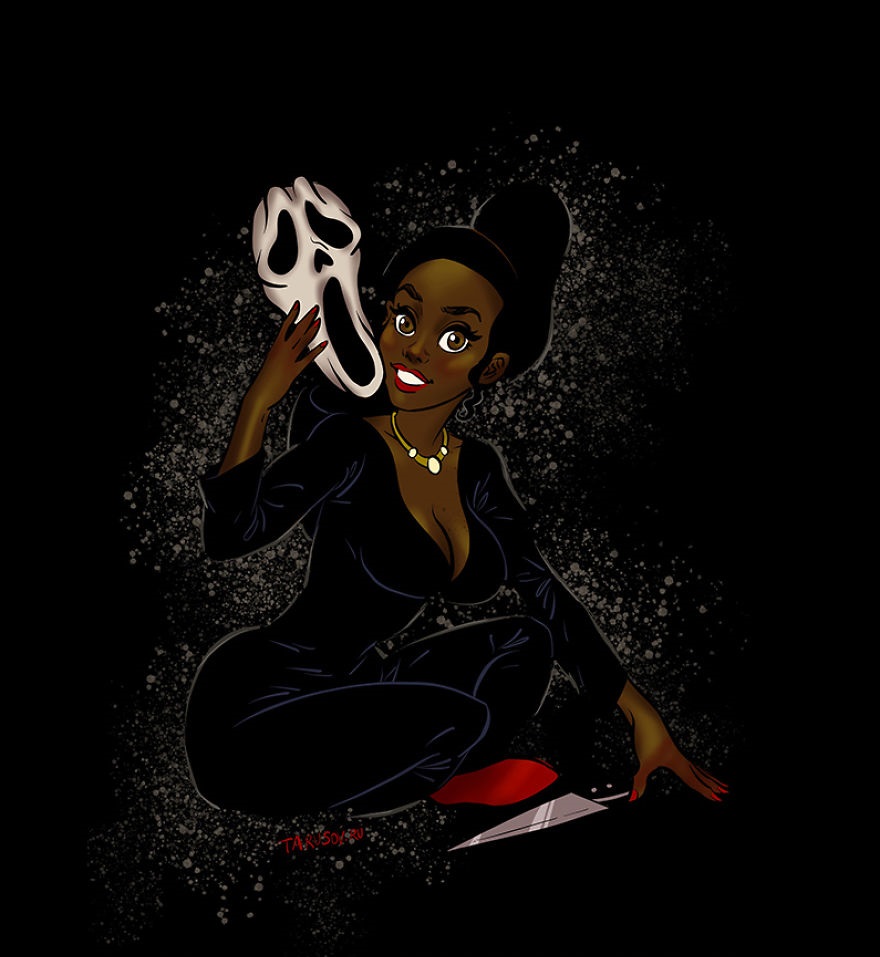 Although you rarely see the killer behind the mask, Tiana seems as good as any Princess to don the Ghostface disguise.

5. Snow White as Billy The Puppet 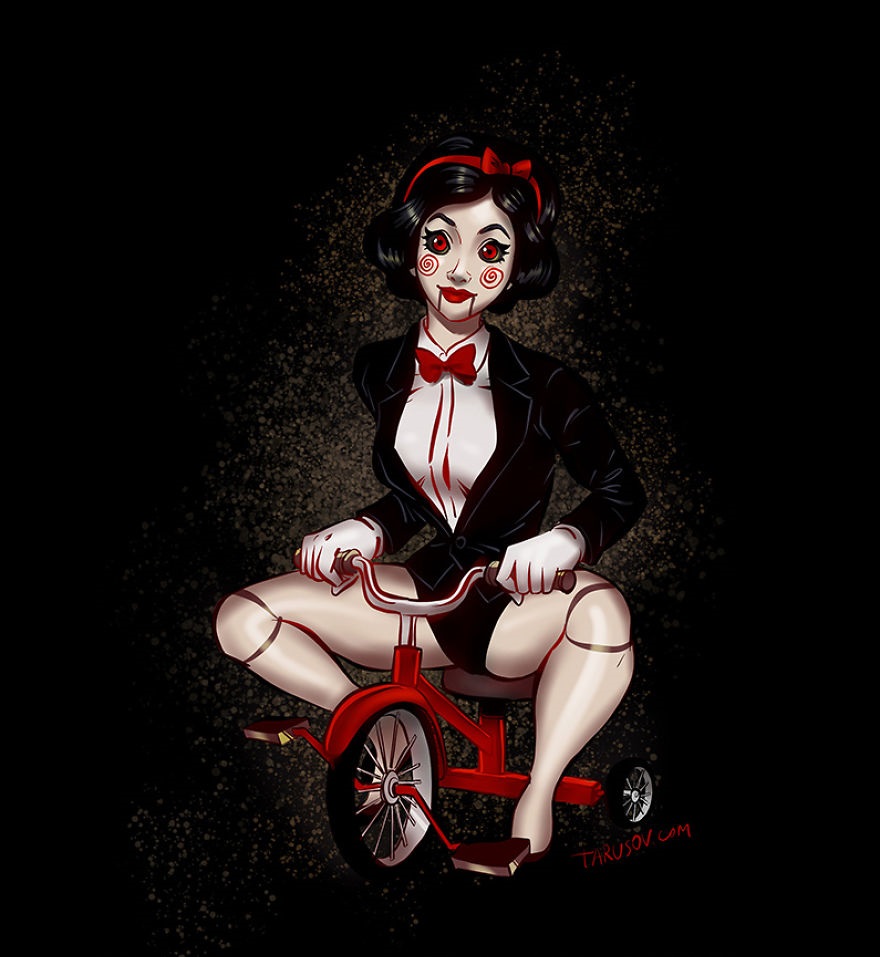 Who else but Snow White to torture her victims through a variety of games and challenges? Though, we do agree that this is quite disturbing. 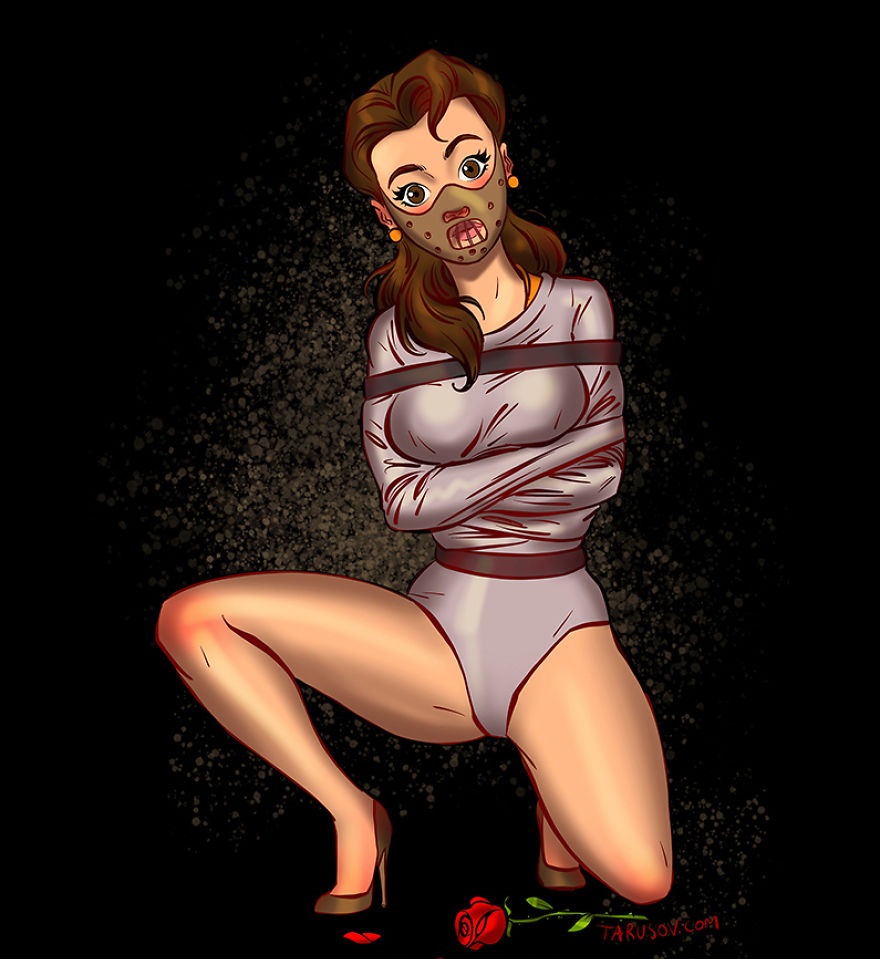 I have no idea why, but this one works well. The seemingly innocent Belle has to be restrained before she can spread her corruption.

7. Rapunzel as Sadako Yamamura (Girl From The Ring) 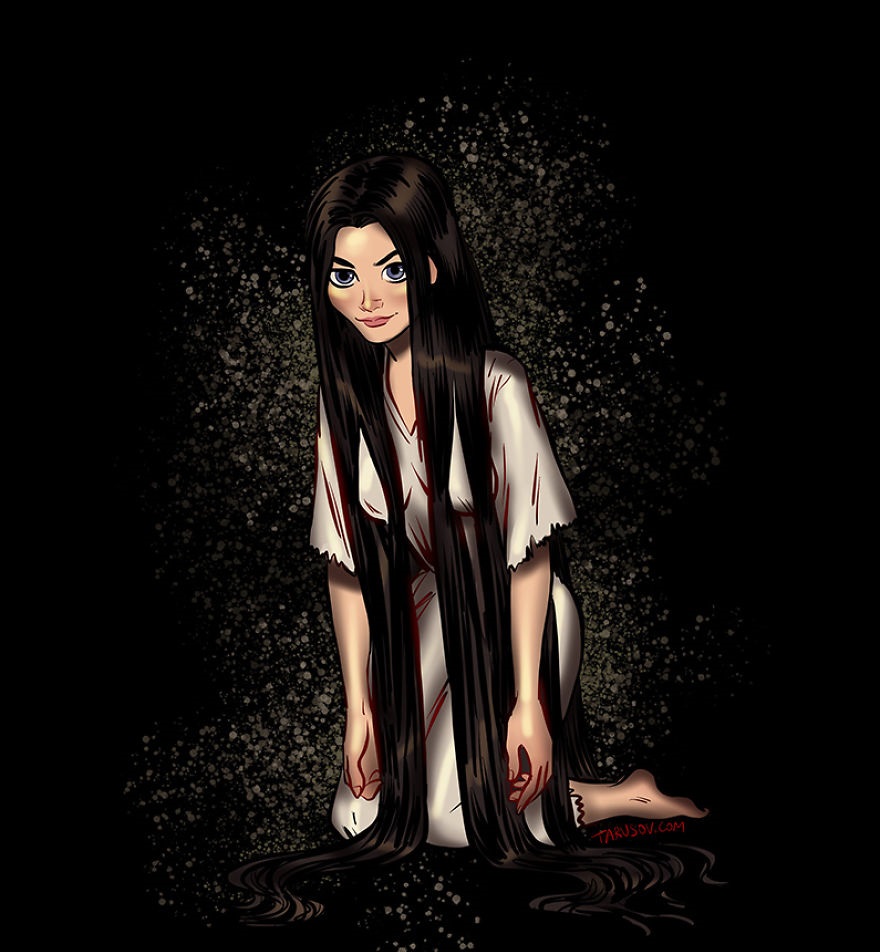 Terrifying. In an alternate world, Rapunzel could well be a ghostly woman trapped in a well. 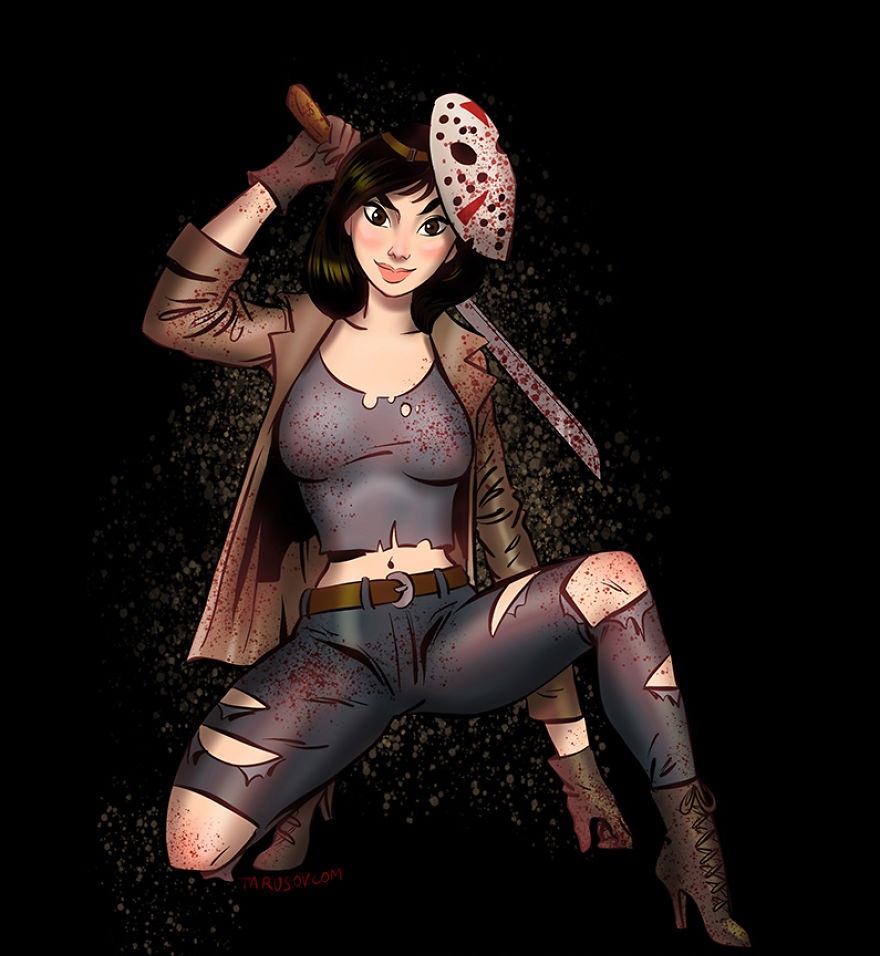 Don’t be fooled by her harmless persona, that’s how she gets you!

If you want to delve deeper into the fascinating creations of Andrew Tarusov, you can do so by heading over to his Instagram page, HERE!

Interested in seeing Disney Princesses as Tim Burton creations? Head over and find them, HERE!

What did you think of these horror villains as Disney Princesses? Be sure to let us know your thoughts and opinions in the comments below!