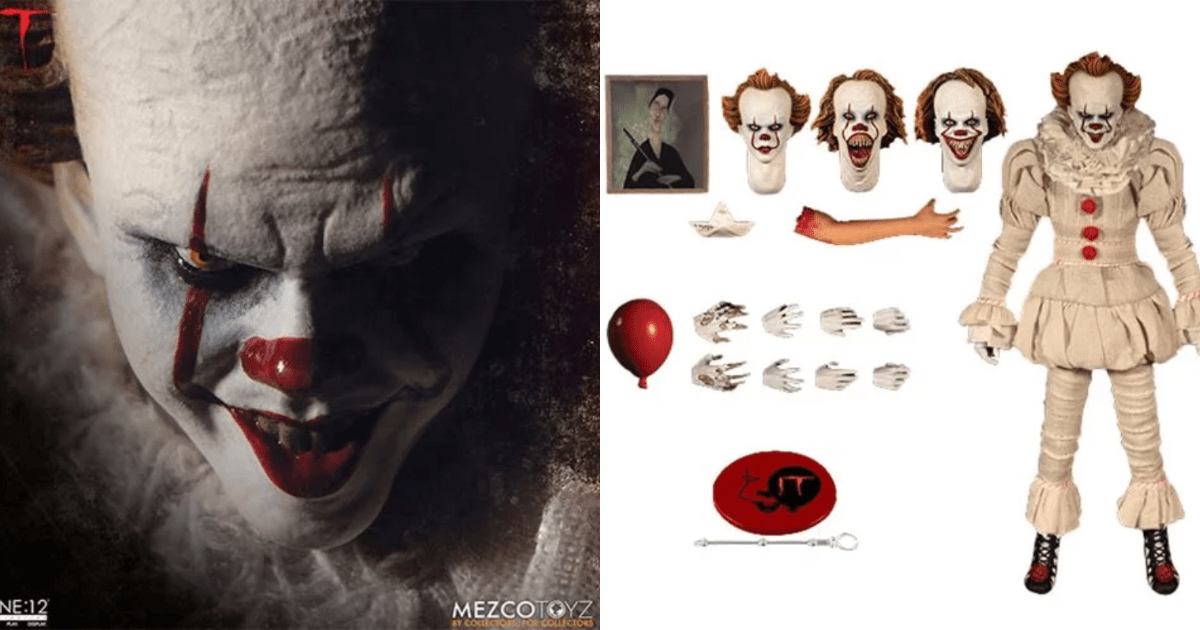 Pennywise awakens to feed on his victim’s worst fears, and uses it against them up until their eventual demise.

Whether that’s loose limbs, haunting paintings, or simply just clowns, Pennywise displays it all in attempts to push you to your limits before devouring you, and that’s no different with this rare and very new collectible action figure only owned by a handful of people in the United States, and across the rest of the world.

The IT 2017 Pennywise One:12 Collective Action Figure showcases the worst the terrifying killer-clown had to offer during his return to the big screen 27-years after the Stephen King original back in 1990.

Below, we share some pictures of the frightening Pennywise collectible which does brilliantly well to capture the crazed beast, making this a must-have for any horror-themed collector to own.

The collective action figure comes with his infamous red balloon, Georgie’s severed arm, the paper boat, the horrendous lady painting, and much more, as seen below.

Suitable for ages 15 and up, this Pennywise action figure is sure to strike fear into the hearts of its owner, along with anyone else who comes into contact with the murderous action figure.

If you are interested in adding this terrifyingly wonderful piece to your collection, want to learn more about the action figure, or simply want to find others like it, you can do so by visiting Entertainment Earth HERE!