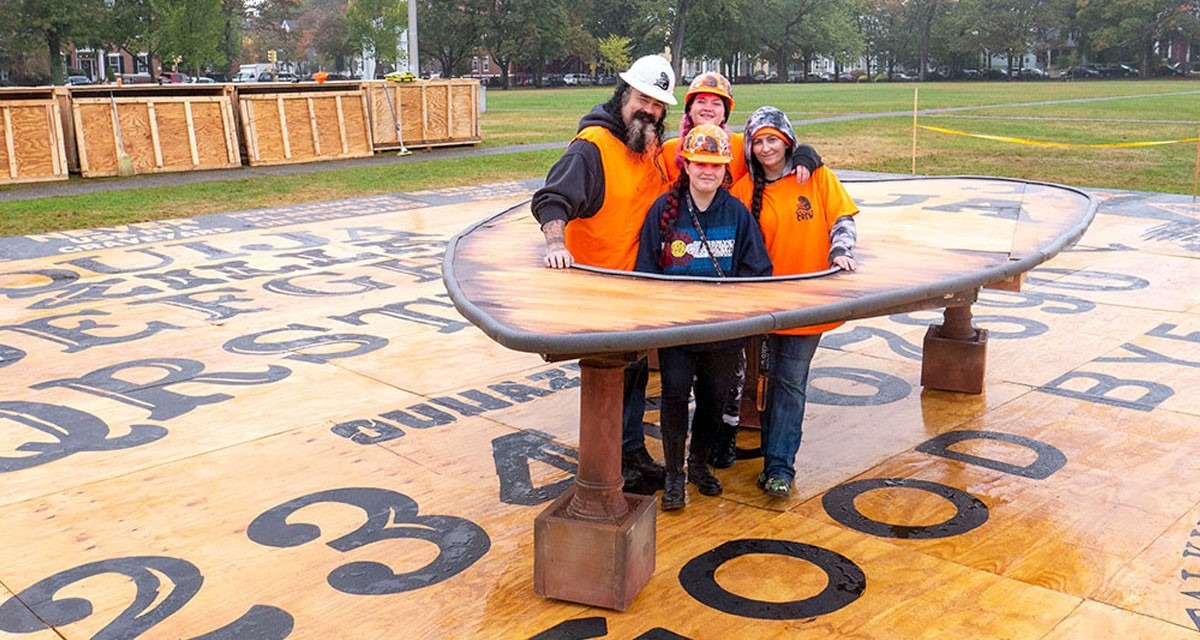 An immense Ouija board covering over 3000 square feet has been unveiled in Salem. The mammoth talking board which has a 400lbs planchet, 15 feet long has been unofficially named as the largest ouija board in the world.

The potential record-breaking board is the work of Rick Shreck, a talking board enthusiast who owns over 300 individual boards.

Tattoo artist Shreck, who fell in love with the idea of board based divination at an early age, has been known to fashion planchettes for his boards out of extreme materials including hair, animal bones, and even human bones and ashes.

In an attempt to fashion a ‘working’ board Shreck has plans to use wood from an old coffin to create a board in an echo of alleged practices by witches, used to increase the effectiveness of their tool.

Shreck’s giant board has been nicknamed ‘ouijazilla’ on account of its massive size, mimics closely the well known Parker Brothers design, and even has Hasbro’s seal of approval.

Weighing in at over 9000 pounds and requiring 99 separate boards to construct not to mention 20 gallons of wood-stain, this is a board capable of conjuring a King Kong sized Captain Howdy (and if you don’t get that reference you may want to consult the spirits and ask them for some film recommendations).