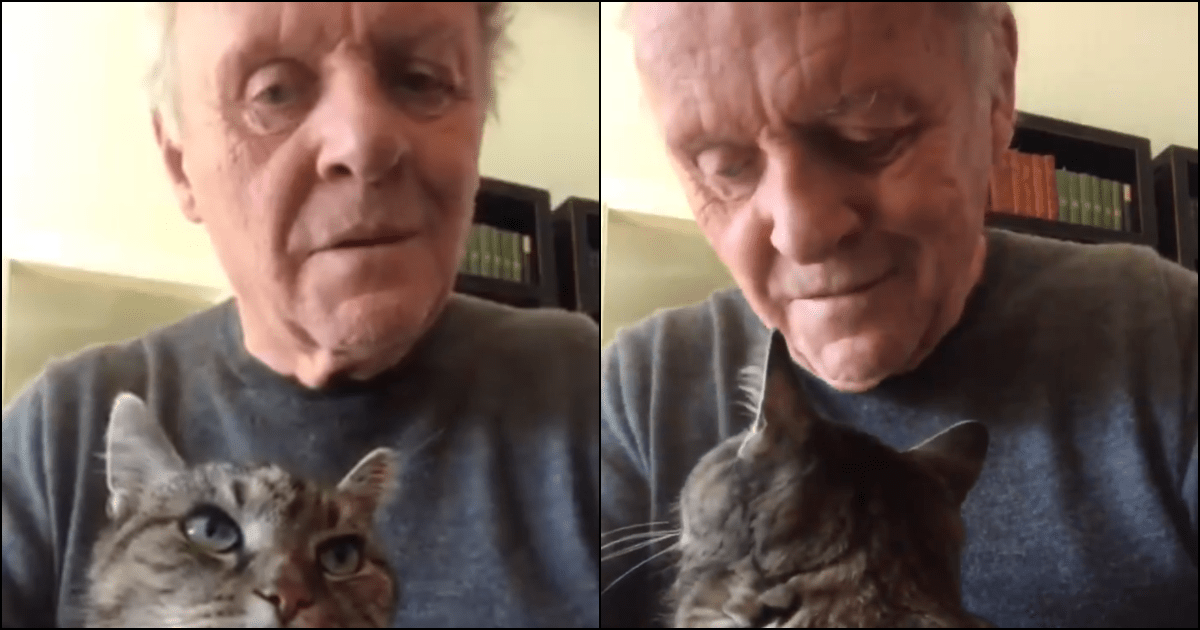 Horror and cats go hand-in-hand and normally its due to the fact cats couldn’t care less if a blood-crazed murderer is about to take your life, in fact, they’re probably rooting for the killer.

So when you see a short video of a horror icon and a cat, you can only assume the worst.

That wasn’t the case when Anthony Hopkins took to Twitter to share a video of him serenading his beautiful companion while the cat sits, enjoying the performance.

The video has already racked up an enormous 3.6 million views since March 18 and with more than 240,000 likes, it’s fair to say that during a difficult time like this we could do with more clips similar to this.

Anthony Hopkins is most known for his phenomenal work as the insanely creepy Hannibal Lecter in 1991s The Silence of the Lambs and 2001s Hannibal.

The legendary actor has a handful of Oscar nominations throughout his career, most recently he received a nominee for ‘Best Performance by an Actor in a Supporting Role’ for his work in 2019s drama-comedy, The Two Popes.

In 1992, he managed to earn himself an Oscar for Best Actor in a Leading Role as he managed to guide The Silence of the Lambs to an instant-classic.

During his illustrious career, Hopkins has been awarded a Primetime Emmy, a Saturn Award, multiple BAFTA’s, along with various other achievements that have been recorded and can be found HERE!

Sir Anthony Hopkins is one of the greatest actors of his generation, and his skill with the piano seems to be one of the many skills he possesses.