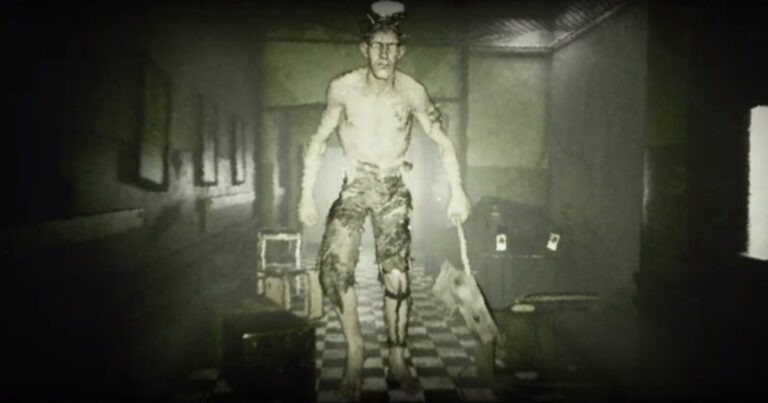 A trailer for ‘The Outlast Trials’ – the third installment in the Outlast video-game franchise – has finally dropped giving fans their first real look at what they can expect from the upcoming survival-themed horror.

Despite the fact the second game in the franchise was released over 3-years ago back in 2017, The Outlast Trials will not serve as Outlast 3, and while you may be a little disappointed, this forthcoming game is bringing something all previous Outlast games have failed to have.

Set in the time of the Cold War, The Outlast Trials follows unwilling subjects who have been taken in by the Murkoff Corporation as they begin testing new ways to brainwash and mind control people.

Players can work alongside others in games of up to four-player co-op, as they desperately try to escape death in a world filled with distrust, terror, and a lot of violence.

While there’s not much to go off thus far, we have to imagine that the game is based on the Murkoff Corp mind-controlling innocent subjects with their haunting experiments. You, along with the help of your friends must push past fatal obstacles and escape in one piece before the scientists realize you’re not under their control.

Check out the incredibly gruesome trailer down below and get yourself excited for the horrifying co-op journey that awaits.

The Outlast Trials was first announced back in December 2019, and despite Red Barrels’ claims that they had been working on the game for months prior to its announcement, we still have no official date for its release, or if the game will exclusively be on current or next-gen consoles.

A release date before the end of the year is possibly the target for Red Barrels, and it will be quite interesting to see how a co-op Outlast game plays out.

Are you looking forward to The Outlast Trials eventual release? Make sure you let us know your thoughts in the comments.