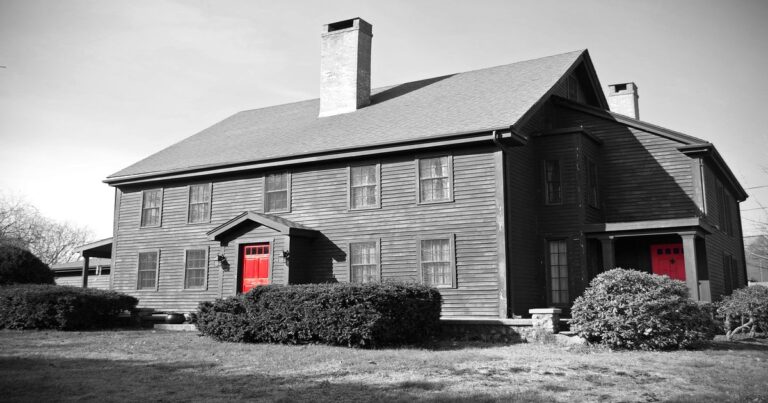 A man named John Proctor was convicted and hanged for witchcraft back in the early 1690s. He was an appreciated farmer and landowner in Salem, Massachusetts, and lived a normal, happy life until he was accused of accompanying evildoers while forcing young children to touch “the Devil’s book”.

The man had his life and death portrayed in Arthur Miller’s play, The Crucible, where he was represented by Daniel Day-Lewis in the 1996 movie.

Today, you can now live in John Proctor’s house, which was built all the way back in 1638.

The 4,000-square-foot home holds an impressive six bedrooms, two bathrooms, and stands in Peabody, a location that was a part of Salem in the 17th century.

The building also has a large eat-in kitchen area with multiple workspaces and a dining room that can accommodate the largest of gatherings for holiday events.

If the house of a convicted male-witch is something you can see yourself getting invested in, you will be set back a quite large $600,000 fee.

Joe Cipoletta, the real estate agent assigned to the house, stated certain parts of the original structure are still visible, but as a whole, the house has undergone renovations and is now a lot more modernized, including a pool.

John Proctor became a target after a growing group of young children accused him of the practice of witchcraft. He was eventually found guilty and became the first male charged with this crime in Salem.

Friends urgently signed petitions in attempts to get John released but it did not work. He, along with four other people accused of the crime was hung on August 19, 1692.

Cast members of The Crucible earned Oscar and Golden Globe nominations, while others were credited with a BAFTA for their work.