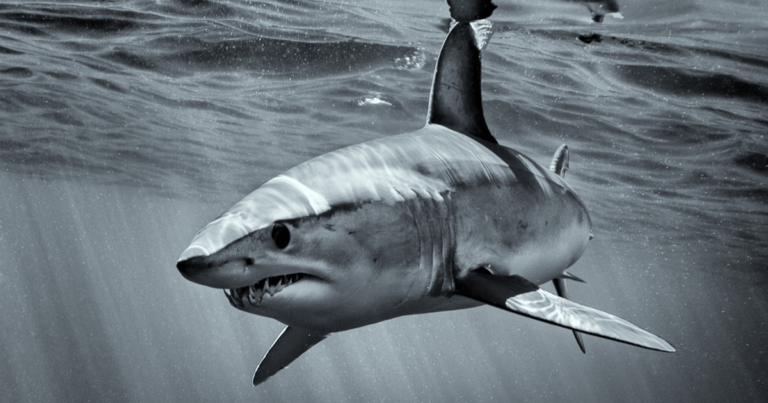 We’ve seen it before in the movies. An animal, who appears to be uneasy, discovers something bizarre that led to a mystery detective case to open up. And then, like a page-turner novel, unfolds itself into something bigger wrapping up with a tense, ambiguous finale.

Nobody expected that a shark vomiting a human arm is the start of something large that goes to the criminal underbelly in Australia.

It was the spring of 1935 when local fisherman Bert Hobson caught a 14-foot tiger shark which was swimming around the Coogee Beach in Sydney, a result of it being entangled with a smaller shark they are intending to hook. They immediately transferred the large animal in Coogee Aquarium and Swimming Baths, owned by Hobson’s brother, for an exhibition.

Days after, they noticed that the tiger shark appears to be sick, which eventually vomited a rat, a bird, a load of dirt, and lastly, a human arm tied by a piece of rope. It could be a normal sight. Perhaps, the tiger shark swallowed a human during its time on the beach, but the arm, strangely, doesn’t have shark bites and appears to be mutilated by a sharp thing.

Of course, Hobson reported the human arm sighting to the police for a possible investigation. It became easier to identify of the person this arm belongs to because of a tattoo in the biceps, which was revealed – by his brother – is James Smith’s, an amateur boxer, crook, and bookie who was missing for a few weeks. The detectives were quickly able to piece events together by tracing the last few reported activities of Smith.

Smith was last spotted staying in a hotel with his friend Patrick Brady, who has a share of forgery convictions in his time. The two boy’s night out took a dangerous turn when they dropped into the house of Reginald Lloyd Holmes.

Holmes was a businessman who is heavily associated with the criminal underworld of Sydney, including a smuggling circle in which Smith and Brady were employed.

The detectives discovered that one of Holmes’ frauds, an insurance scam, was botched by Smith and Brady – who intentionally destroyed a boat to get insurance money – which an insurance company refused to payout.

With this, the enforcers interrogated both Brady and Holmes. Brady was convicted of murder, while Holmes was set free by confessing that he did not know someone named James Smith.

Days later, Holmes was caught with a failed suicide attempt and was brought back for more questions. He claimed that Brady indeed murdered James Smith at a cottage, chopping his body, and burying a lot of it at sea. An arm was kept, as a way to threaten Holmes that the same thing in exchange for money. Brady tied the arm with weights, which the shark eventually swallowed.

Holmes was asked to testify this on the court but was shot dead in his car a day before his hearing. Many are suggesting that it was another suicide attempt.

Brady’s case fell apart and the murder of James Smith remains unsolved. Reports are claiming that Smith might still be alive.

What are your thoughts on James Smith’s mystery case? Share your reactions in the comments section below.