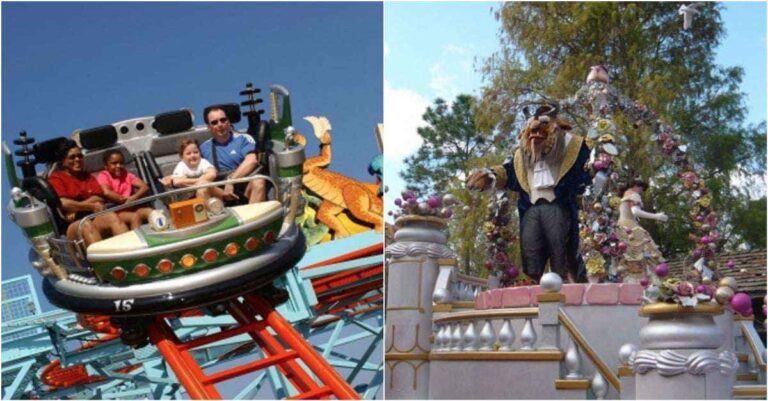 To be claimed and often perceived as “the happiest place on earth,” Disney Land is something which people wish to visit once in their life. After all, who wouldn’t like to hang out with their favorite heroes from the fiction world and have a memorable time in the much anticipated Magic Kingdom?

With all of this, the only difficulty you can imagine along is waiting in long queues or may be overpriced food, right? But, it might be very depressing to tell you that there is a list of people who lost their lives at Disneyland. It might be shocking for some but if you put a large number of people together with a large amount of machinery, chances are that horrible things can happen. Humans do make mistakes, after all. In all these cases both people and Disneyland itself were to be blamed, as the stories comprise of people breaking safety rules, irresponsible acts from the staff and also some had mysteries associated with their deaths.

As we will show a list of the most tragic happenings at Disneyland below, we really hope that people who get the chance to visit there take full care of safety measures. Always remember, it’s the life that matters more than thrills.

Deborah Gail Stone greeted the guests before the ride, which had moving seats and walls revolving around a stationary stage with different setups. One night she got caught between the moving walls, crushing her to death. The ride operators were alerted by a guest who heard her dying screams from another theater.

Thomas Guy Cleveland snuck into Disneyland when he was 19. On Grad Nite, he climbed the 16-foot fence and ignored a security guard’s warning of an oncoming monorail. He tried to get below the track in time, but the train was too close. It hit and dragged him more than 30 feet on the track.

Bogden Delaurot, 18, and his 10-year-old brother hid on Tom Sawyer Island after it closed. When they decided to leave, they swam away to remain undetected. Bogden tried to carry his brother, who couldn’t swim, across the river. He drowned halfway through.

Javier Cruz, 38, was dressed as Pluto for the afternoon parade. Backstage, just as they were going to be seen, he tripped in front of a 3-ton “Beauty and the Beast” float. There wasn’t enough time for him to move, so he was crushed.

Stage tech Christopher Bowman was working on the magic carpet effect for the Aladdin show and fell 60 feet, causing head injuries from which he never recovered. Disneyland was charged $18,000 for not providing a safe work platform, plus an additional $350 because he was not wearing a certified safety harness.

Ricky Lee Yama was 17 years old when he broke the rules by jumping from car to car as the ride was passing through a tunnel. He slipped once while hopping cars and was slowly crushed under the wheels of other cars as they passed.

With his wrists bandaged from a previous suicide attempt, Allan Ferris, showed up at Epcot Center with a shotgun, demanding to see his ex girlfriend. He fired at security guards, held two of them hostage, released them, then shot himself.

Mel C. Yorba was stabbed to death in the middle of Disneyland and nobody called the paramedics. After a fight in Tomorrowland, he was stabbed in the heart with an 8.5-inch knife. A nurse tending to his wounds had him rushed to the nearest hospital, where he died.

About two-thirds of the way down a Matterhorn slope, Dolly Regene Young flew off out of her seat into an oncoming car’s path where her chest and head were crushed under its wheels. She was riding alone, and it was never determined whether or not she unfastened her seat belt on purpose.

Drunkenly celebrating his 18th, Phillip Straughan and a friend untied an inflatable maintenance boat at the “Rivers Of America” ride and took it out on the water. They lost control of the boat after hitting a rock. Straughan was thrown into the river. His body was found one hour later.

In 1964, 15-year-old Mark Maples was Disneyland’s first recorded death. It happened on the Matterhorn. He unfastened his seatbelt and stood up mid-ride, then fell onto the track andbroke his skull and ribs. He also suffered internal injuries that killed him three days later.

A cast member cleaning Disneyland Paris’s version of The Haunted Mansion called “The Phantom Manor” was electrocuted while doing his job. He died inside the spooky attraction, causing the ride to close during the investigation.

Mark Priest, 47, was in a choreographed sword fight on stage at Captain Jack’s Tutorial when he slipped on a puddle on stage, hitting his head against a wall, breaking a vertebra in his neck. His head injury took 55 stitches and later killed him. He left the stage immediately so as to not upset children.

When the ship Columbia was docking into Rivers Of America, the rope used to secure the ship tore out the cleat that held it. The cleat flew through the air and hit Luan Phi Dawson and his wife, injuring them both. Dawson was declared brain-dead after two days, dying later that week.

A 22-year-old woman with pre-existing conditions chose to ride one of the more tame attractions at any Disney park: It’s a Small World. After riding the attraction, she lost consciousness and passed away soon after. It was Christmas Day.

As part of a Grad Nite, Gerardo Gonzales car-hopped onto the People Mover as it was entering a tunnel. He slipped and fell onto the track where a slew of oncoming cars ran him over, crushing him under the wheels and dragging his body more than 200 feetbefore the ride was stopped.

Marcelo Torres, 22, died after a locomotive separated from its train, hitting the oncoming train full of people. Other people were injured in the accident, but Torres suffered such brutal blunt force trauma to his chest that he bled to death on the ride.

A man who was cleaning the It’s a Small World ride at Disneyland Paris fell into the water and got trapped under a boat. He was crushed under the weight of it, suffered internal injuries, and was taken to a hospital by helicopter. He died later that night.

Pamela Haynes, 55, rode Space Mountain at Walt Disney World Florida and lost consciousness soon after exiting the ride. She later died at the hospital of cardiopulmonary arrest and septic shock.

On a ride that Disney calls a “mild” rollercoaster, a man, 52, was working on the Primeval Whirl ride and got struck by a moving vehicle. His coworkers tried to help, but his head injury killed him that day.

Of course, death can happen anytime, anywhere, but life itself is a one time opportunity just like Disneyland itself. If you’re sad after reading these, go hug your dear ones.