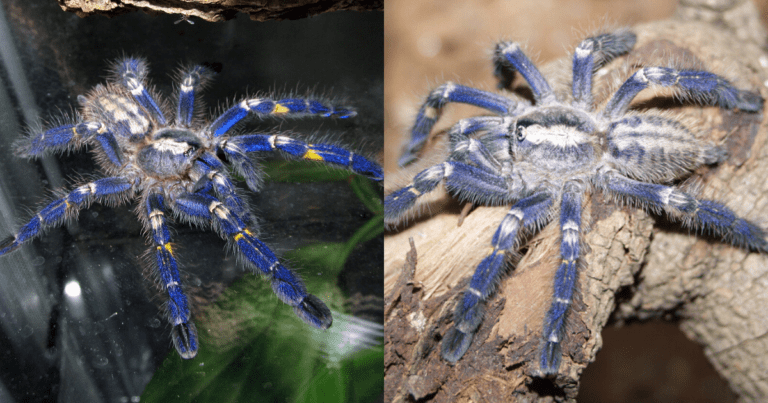 It is very fascinating how the very existence of some animals can be both beautiful and troubling at the same time. Sometimes, a lot of them can bring very useful contributions to the world while others are too dangerous to just be touched.

The arachnid known as peacock tarantula perfectly describes the aforementioned statement. It is beautiful but also silently deadly in one. They are visually enthralling as they are deceiving. They are the kind of thing that people with arachnophobia should take extra precautions on, as they don’t seem to look “wild” enough.

The peacock tarantula, also known by their original name Poecilotheria Metallica and the Gooty sapphire ornamental, is a specie of tarantula from the Old World, collectively referred to as the regions of Africa, Asia, and Europe.

This eight-legged creature is being regarded as one of the most venomous spiders globally, making their existence extra creepy than usual. If you fool around and you get bitten by one of them, its venom can lead to intense pain, an increase in heart-rate, heavy sweating, headache, stinging, swelling or cramping, for over a week. In extreme cases, the effects may still be felt for several months.

Peacock tarantulas, whose leg size can go up to 20 cm when fully grown, usually live inside the tall trees’ holes, where they are found to be making their asymmetric forms of webs. They are usually spotted in the South and Central Southern part of India. Like a regular spider, they also eat insects, especially the flying kind.

Their signature blue color, resembling a peacock’s feathers, aren’t colors of their body but from reflections of blue light from their hairs. It is what you call iridescence, something that is very common in dragonflies and well, peacocks.

The sad thing about peacock tarantulas is the fact that they are critically endangered. As one of the most beautiful spiders on the planet, cultivating them has continued to become more important than ever.

What are your thoughts on these stunning rare peacock tarantulas? Share your reactions in the comments section below.