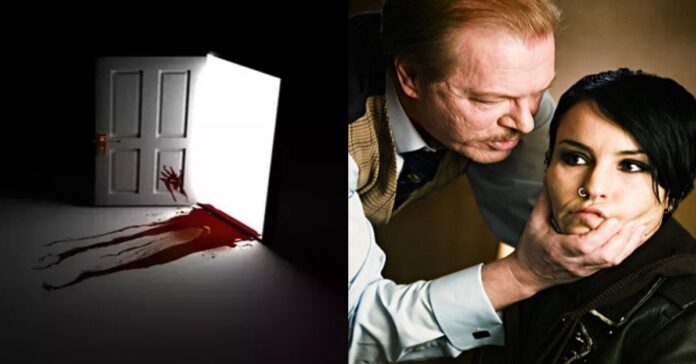 From amongst the countless predictions, people seek from zodiac signs one of the most sought after is the likelihood of being a murderer. Forget fortune telling or talking about how your day will go, read on through this list to find out whether you are capable of killing someone or not. Or maybe even if you need to be wary of those who surround you. Ranked in descending order from least likely to most likely to commit murder.

Empathetic and big hearted, Cancerians are largely proud of their nature. It is essentially impossible to drive a Cancerian to the point of actually killing someone. That form of volatile and unpredictability nature is not part of their personality. They are just too kind to randomly end up killing someone.

In emotional times, a Pisces seeks the company of wine and aspires to indulge in something creative. They do not like seeing that energy go to waste in murderous or volatile forms. They possess remarkable sass and sting in their art forms and words and they can definitely kill you with those – but nothing literal.

Methodical and balanced, Libras often do not make impulsive or impromptu decisions. They make sure to weigh the pros and cons of any situation prior to how they act. A Libra will always make sure that all options are explored before they act. You will not experience an impulsive homicide at the hands of a Libra.

Structure and efficiency are the trademark of Taurians. They always make sure that things work out in the best manner. If they wanted to, a Taurus could possibly kill someone, but it is not an act that would happen at the spur of the moment. They would preplan it in order to execute it in the best manner possible.

A Capricorn will kill and will invest everything to make sure that they do not get caught. They are not very likely to go on a killing spree as it does not exactly call for a lot of preciseness and planning. On the off chance that they lose control and kill on a whim, they will be pretty upset at themselves for a long time.

Given how dramatic, loud and even slightly erratic Leos are, it would not come as a surprise for them to get caught up in the moment and end up killing someone. A Leo will always seek attention for their crimes. This is why it is more likely for a Leo to be a serial killer than a random murderer. No press is bad press, right?

Impulsive decision makers, a Sagittarius lives their life according to, “It’s better to ask for forgiveness than ask for permission.” They have bad judgement on most occasions. It is very likely to stumble upon a Sagittarius standing with a knife in hand attempting to figure out how to get out of the bloody situation they are in.

Virgos hide a temper beneath all the incredibly analytical and level-headed demeanor. That goes to say if a Virgo is pushed far enough, they will bite back, possibly even killing someone. They will eventually panic and beat themselves up for losing their cool, but they will without a doubt figure their way out of it. They make up for the perfect murderer.

Unpredictable at best, Aquarians leave you stranded in terms of which side of them you’re getting. They have a scary dark side as well as an ambivalent side. If you just happen to catch their wrong side, it might just be your last day.

Aries is all about a vicious temper. Possibly the most hot-headed of all the signs, they have an absolutely devastating attitude for those who cross them. They are fully capable of murder when their temper gets the better of them. You should definitely watch out for them.

Scorpios are the worst when it comes to accountability. They will act on their will and blame the situation, claiming that it was “out of their control.” They will try and convince you that the brutal murder they just committed was not their fault in the least.

Gemini are the least predictable of all signs. You can never anticipate what reaction you’ll be getting out of them. Whatever is on their mind, you will never see it coming. In fact, 90% of the time, they don’t even see themselves doing what they actually end up doing.

Now you have a clear idea of each zodiac sign and their tendency to kill, murder or maim, maybe you can steer clear of them. We are not implying to cut ties or to move the country. But, a little caution never hurt anybody.