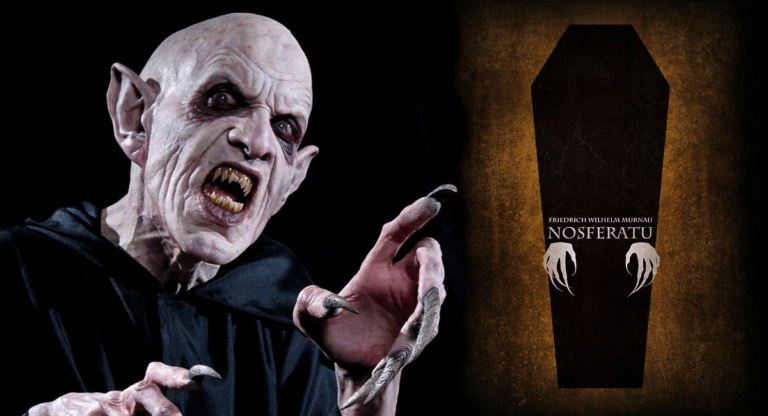 David Lee Fisher’s ‘Nosferatu’ is way in the back of our minds and due to its lack of progression, the horror-movie lost all of its momenta.

But for you classic horror fans, we have good news for you. Nosferatu, starring Doug Jones who will portray Count Orlok, is edging closer to its long-awaited release date.

The film, which has been described as a “remix” of the 1922 classic, is set to combine live-action and colourized digital backgrounds in order to make the movie feel renewed.

Amazingly, the horror remake was announced back in 2016, and almost four years later, it still hasn’t found a release date.

Although the Nosferatu cast has made us all wait longer than we wanted to, Doug Jones took to Twitter to show us a visual presentation of Count Orlok, which looks very impressive, we must say.

The original was one of the silent era’s most influential movies. The dark, eerie feel, along with a terrifying performance from Max Schreck as the vampire, ended up being one of horror’s most significant films going forward.

1922s Nosferatu managed to earn itself an incredible 97% Tomatometer rating, along with a fantastic 87% audience score from over 47,000 votes.

Somewhere in his castle in the mountains, the highly mysterious Count Orlok summons Thomas Hutter, as he seeks to buy a house close to where Hutter, and his wife Ellen, live. After discovering Orlok’s vampire-roots, Hutter struggles to escape knowing Ellen is still in danger. Elsewhere, Knock, Orlock’s servant, prepares for the vampire’s arrival at his new home.

The movie premiere took place on March 15, 1922, at Berlin’s Primus-Palast.

Werner Herzog directed a remake of the classic in a 1979 movie titled Nosferatu the Vampyre. He instead opted to use another iconic vampire, the one and only Count Dracula, in his rendition of the horror-movie.