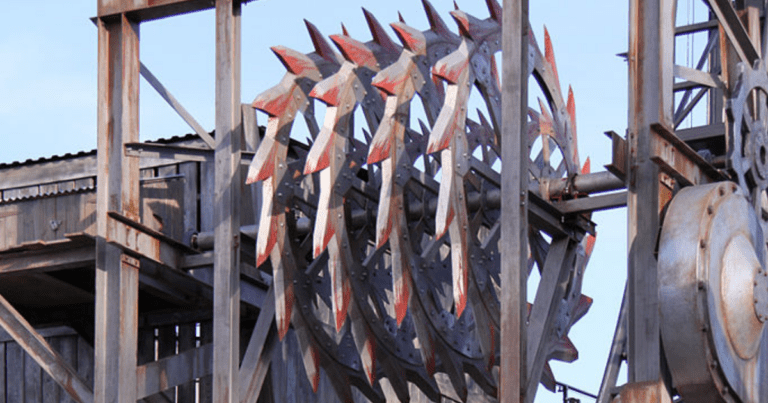 SAW has continued to be one of the biggest horror franchises in the world since it first arrived in theatres back in 2004. It looks set to continue its legacy when Spiral, Chris Rock’s new take on the horror franchise, releases in a couple of months.

Outside of film, SAW has a large selection of merchandise and goodies for fans to indulge in to keep followers entertained while they wait for the next gory movie in the series, but that is not all they have on offer.

Thorpe Park in the UK is home to one of the scariest and most unique rides known to existence. Lionsgate and Twisted Pictures have collaborated to bring us the most terrifying experience you can ever imagine on a ride.

You are forgiven for not knowing this ride existed and has done ever since it premiered in March 2009, over a decade ago. Due to its success, it still stands to this day and welcomes anyone to enjoy themselves while in and around the town of Chertsey, in Surrey.

Below are some frightening pictures that capture the fear you would feel while taking the SAW ride.

The ride intentionally tests the nerves of people that believe themselves to be brave, and all of those who dare to ride this creepy roller coaster will be manipulated and pushed through extreme tests by Jigsaw himself.

Thrill-seekers beware, as this ride is the only ride in the world that has a vertical 100º fall from the insane height of 100-feet.

Before reaching this outstanding attraction, customers will have to take a dark and eerie ride through an old abandoned industrial sawmill building. Traps, drama and a lot of blood all lie within the building while you line up to reach your destination.

The ride promises to be traumatizing for anyone who dares take on the challenge.