Freaked DISCOVER THE ART OF PUBLISHING
Home Horror News Renfield: Universal to Give Dracula’s Fly Eating Servant His Own Movie. 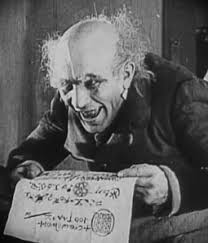 If you’re a fan of classic horror then you will have heard of Universal Studios stable of monsters. The classic on screen terrifiers of the black and white era like The Wolfman, Frankenstein’s Monster, Dracula and The Mummy were all brought to life by the studio giant before being played off against each other in big screen clashes that arguably set the blueprint for the Marvel and DC cinematic universes decades before.

In recent years Universal has attempted to rekindle the flame of those glory days by bringing some of its legendary movie monsters back to the limelight with its ‘Dark Universe’ and planned for a slew of glossy updates. Thus far however, the results have been less than thrilling.

Initial plans were to have the iconic creeps star in their own movies building a universe before having them interact, with big name stars like Johnny Depp, Russel Crowe and Javier Bardem tipped to play the monsters.

Those plans received a proverbial stake through the heart however, when The Mummy starring Tom Cruise unravelled spectacularly at the box office.

However, ahead of the February release of The Invisible Man, which the studio hopes might breath life back into the project, news has emerged that another, more minor horror character may be thrust into the limelight to revive the ailing franchise with a big name director attached for good measure.

Fresh from his success with Bohemian Rhapsody director Dexter Fletcher has been lined up to give Renfield, the fly eating harbinger of Dracula’s arrival a shot at the big time.

Whilst the Renfield character, who in Stoker’s novel is described as ‘zoophagus’ for his desire to consume life, has appeared on screen before in adaptations of Dracula ranging from Nosferatu to Universal’s own 1930’s classic and Bram Stoker’s Dracula (where oddly enough he was played by Tom Waits) this would be the first solo outing for the fly eating lunatic.

Let’s hope this shift to a side character and inclusion of a stellar director can inject some blood into what could potentially be a very interesting horror universe.