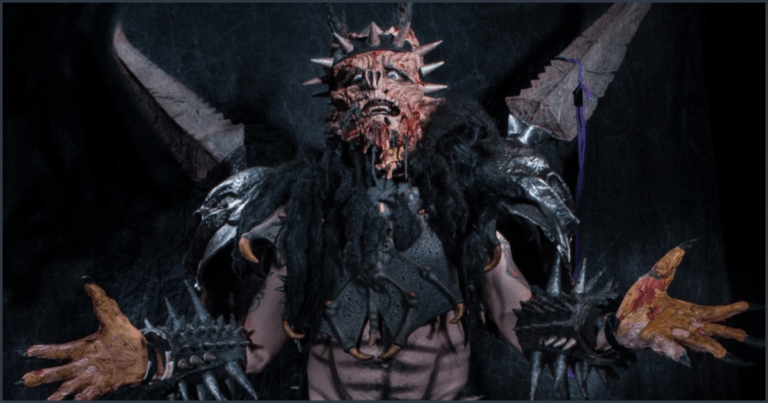 A brand new petition has been begun, urging people to vote for the statue of the American Civil War veteran, Robert E. Lee, to be removed and replaced with a statue of the late GWAR leadman, Oderus Urungus (David Brockie).

The Robert E. Lee statue had already been scheduled for removal, and the petition goes into detail as to why it’s not only a good idea but also why Brockie should be the one replacing him.

Being a failed war general and a supporter of racism are just some of the reasons given as to why his statue should fall.

The petition, which you can find HERE, has amassed over 45,000 signatures at this time of writing, while the support and compliments aimed towards Brockie don’t seem to be dying down anytime soon.

While some praise him as a beacon of light in the otherwise desolate wasteland of Richmond, others claimed he was a hero who inspired and uplifted thousands.

Before his unfortunate death caused by an overdose in 2014, Dave Brockie had spent his life in music and had performed as a lead singer and bassist in bands such as X-Cops, Death Piggy, the DBX (the Dave Brockie Experience), and, of course, GWAR.

His alter-ego, Oderus Urungus, was the lead singer of GWAR from their inception in 1984 up until his untimely death, 30-years later.

Oderus Urungus’ has an incredibly deep backstory which includes him being birthed by a supercomputer and a petri dish, him being 50 billion years old, and also being assembled piece by piece on a planet called Scumdogia.

However, Brockie not only influenced people through music, he always supported equality for all humans no matter their race, skin color, or class, he believed all humans deserved equal treatment.

Do you want to see GWAR’s frontman replace the statue in Virginia? Be sure to let us know your thoughts on the situation below.