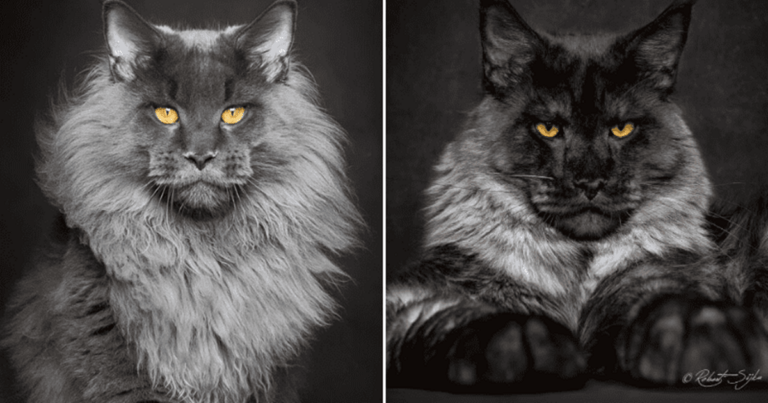 Cats tend to have somewhat of a bad name. While this is especially true among non-cat owners, those that do have the animals as pets wouldn’t exactly say that their cats are majestic. Though owners will love them, they can often just be a friend that shows up only when it wants something. However, Maine Coon Cats are quite different.

The cat species is known for having lush hair and quite a distinctive look. Some can even look like miniature tigers, albeit with different colored fur. That’s what photographer Robert Sijka looked to capture in a new series of photographs. After sharing some of the images on Instagram, Sijka received countless positive comments.

Though many of these focused on the cats themselves, quite a few highlighted how the photographer was able to capture the beauty of Maine Coon Cats perfectly. The series could also be enough to convince non-cat lovers that the animals should be adopted as a pet.

As reports note, the cat species is similar to a lynx and shares many of its distinctive characteristics. This is primarily seen in the animal’s fur and some minor facial features. Robert Sijka kept this in mind when taking the photographs and aimed to make the animals look as majestic as possible.

The photographer also took inspiration from a photo of Dolce Vita and De La Loo, two black cats that were photographed against a black background. Though several of Sijka’s images are similar, he also took photos of his cat models in several other areas, with some of these being outdoors.

While many of the pictures look like portraits, there are also photos of the Maine Coon Cats in different poses. You can check out more of Robert Sijka’s images on his Instagram account, which is regularly updated with new cat pictures.

Have you seen the Werewolf cat? if not check this out.