Freaked DISCOVER THE ART OF PUBLISHING
Home Animals 10 Interesting Facts About The Ocean And The Terrors It Holds. 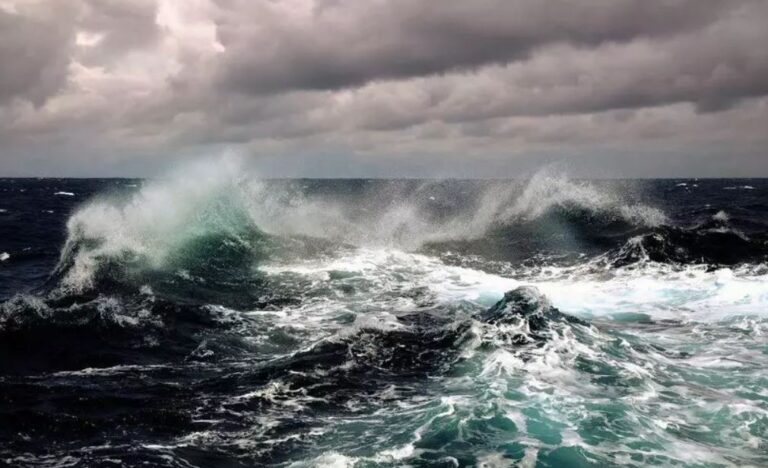 Thalassophobia is not just a fear of the ocean, it is a fear of the deep dark recesses that it contains. With popular Reddit group r/thalassaphobia having over 619,000 members it is unsurprising that many people share at least a small fear of the depths, and we can’t blame them. If you have any fear of the murky and mysterious reaches of the sea then we suggest you turn back now!

1. The Ocean Has It’s Own Version Of Black Holes.

The ocean is constantly in motion thanks to the currents. An eddy is what happens when these currents are isolated into a circular pattern. Some eddies have been measured at over 150 km in size and the vortex they create is so strong that it is impossible to escape. The huge inescapable masses went onto be known as the oceans black holes.

One of the first people to describe these monstrous eddies was Edgar Allen Poe in ‘A Descent Into The Maelstrom’.

2. There Is An Underwater Lake Called ‘The Hot Tub Of Despair’

3,300 feet below the Gulf of Mexico there is an underwater lake that is so full of salt and dissolved methane that it instantly kills any small creature that it comes into contact with. The pit contains huge amounts of ” hydrogen sulfide and methane, that almost instantly kill fish and other sea life”. When the discovering team attempted to measure it their probe noted a huge rise in temperature and went as deep as 62 feet before declaring that they may never reach the bottom.

3. We Know More About The Moon Than The Ocean.

According to The Scientific American less than 0.05% of the ocean has been mapped in any great detail. We do have a map of the ocean floor that is accurate to a maximum resolution of 5km, which means we can see features that are over 5km in size. In comparison to this we have also mapped the entire moon to an accurate maximum resolution of 100m. And speaking of the moon…

4. The Pacific Ocean Is Five Times Wider Than Earth’s Moon

The Pacific Ocean, which is the largest on the planet has an area of over 63.8 million square miles, the largest stretch of water measures in at 12,300 miles which is five times the diameter of the moon.

Studies show that viruses are responsible for killing around 20% of the ocean’s microbial biomass every day which has a huge impact on the life cycles of the whole ecosystem.

6. The Tallest Mountain On The Planet Is Mostly Underwater

Where Mount Everest definitely holds the record for highest altitude, it is in fact Mauna Kea that holds the record for Tallest Mountain. Mauna Kea only has an altitude of 13,796 feet (compared to Everest’s 29,035 feet) but if measured from the base which is submerged it clocks in at around 32,808 feet total!

The Bloop is widely regarded to be the loudest underwater sound ever recorded and is shrouded in mystery. In 1997 The Bloop was recorded at listening stations almost 5000km apart and appeared to be organic in nature. Since then there have been strong speculations that the noise was created by glacial movement, but nothing has been confirmed.

8. The Ocean’s Waters Contain Trillions Of Dollars Worth Of Gold

For every litre of water in the ocean, there is on average 13 billionths of a gram of gold, and with an estimated 1.35 billion trillion litres spanning the globe, that quickly adds up to over $771 trillion!

9. There Could Be Real Monsters At The Bottom

The fact that gravity is one of the main limiting factors when it comes to how large an organism can grow contributes to the theory that there could be unknown creatures of gargantuan sizes in the parts of the ocean that we can’t see. The pressures of the seafloor environment are less of a factor to some of those creatures that are made mostly of water themselves.

10. It Contains Some Of The World’s Most Dangerous Specie

On top of obvious dangers such as sharks and whales, there are also far more harmful creatures. A few examples include: the lionfish, who’s venom is said to cause one of the world’s most painful reactions and the Box Jellyfish, which contains enough venom at any given time to kill up to 60 people.