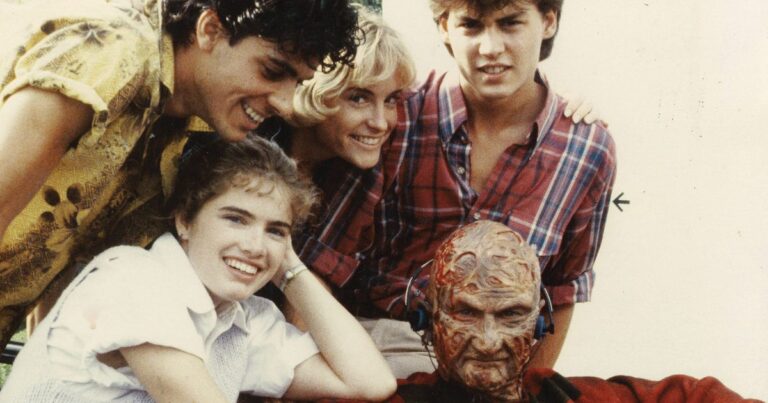 Lots of celebrities are using their influence to make sure that their fans are following the correct procedures whilst the stay at home order is in effect. Recently some of the Nightmare On Elm Street cast members have gotten together to craft a short video that stitches together some good advice as well as some good old fashioned Freddy action.

“One, two, Covids not the flu” begins the song which is modeled after the terrifyingly recognizable ‘One, Two, Freddy’s Coming For You‘ from the horror franchise. The video goes on to compel people to wash their hands properly, not congregate, and to do things like visiting their therapists and socialize remotely.

Notably missing is Freddy Krueger actor Robert Englund who has already put forward a massive effort in getting people to do their part in stopping the spread of the virus. In a recent interview with Comicbook.com Englund also had some things to say about the current situation. When asked about how he was faring during the lockdown he said that “It’s gotten proportionately scarier and it’s getting a little crazier every day but we kind of see light at the end of the tunnel.”

Englund reasons that the catharsis and distraction that the horror genre offers could also be seen as “the antidote for the very real terror that we’re living through right now” and that “Sometimes it takes something scary & diverting to take your mind off something scary and real”.

So follow his advice and watch some of your favorite horror flicks to help you through, let us know which ones you choose and don’t forget to check out the #StopTheNightmare video below!