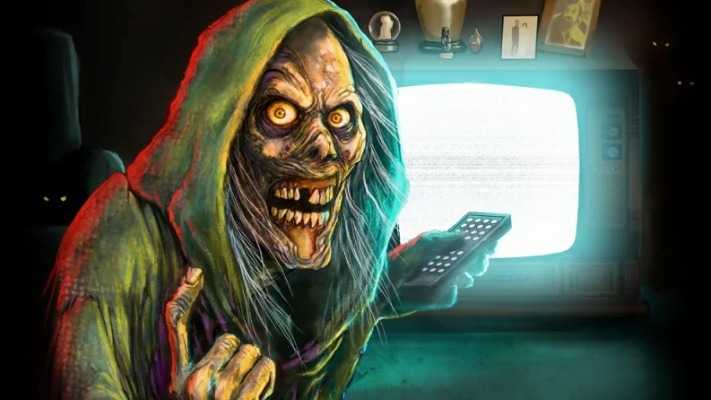 Shudder is rebooting FX guru Tom Savini’s “Creepshow.” Thanks to EW, we now have a first look at an upcoming episode featuring Tricia Helfer, which will be directed by Roxanne Benjamin.

Check it out here:

Showrunner Greg Nicotero offered the following comments on the project:

“It’s a take on an old Mario Bava movie. I always loved Tricia. She plays a strong female executive who finds herself in this untenable supernatural situation that she can’t control. I was very ambitious and attacked Creepshow with a lot of tenacity,” Nicotero said.

Savini will also be offering his assistance on the project. Castmembers include David Arquette, Dana Gould, Adrienne Barbeau, Giancarlo Esposito, and Tobin Bell. No trailer or exact release date has been announced as of this writing. Nicotero is set for a panel at this weekend’s San Diego Comic-Con. We’ll keep you updated as more information becomes available.