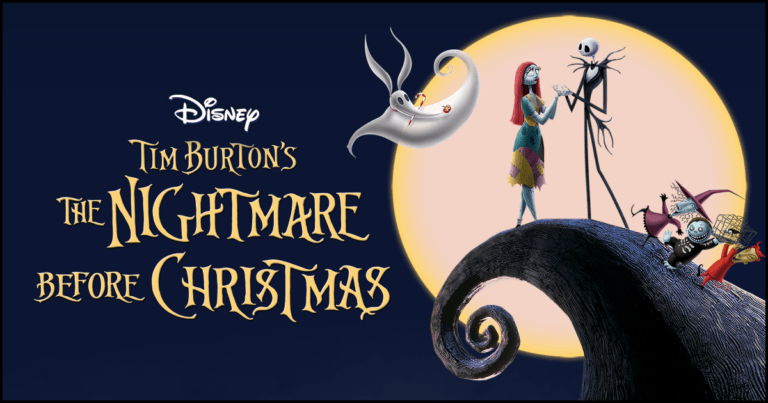 Just recently, we shared with you nine things you may not know about Disney’s classic motion-picture, The Nightmare Before Christmas.

Now, we are giving you a ‘part 2’ as we delve into nine more truths surrounding Tim Burton’s wonderfully weird creation.

If you missed out on the first nine facts about The Nightmare Before Christmas, do not fret! You can go over and find it, HERE!

With that out of the way, let’s get on with the list.

The Nightmare Before Christmas will most likely NOT have a sequel.

Starting off with a rather controversial one, Tim Burton has stated in the past that due to the fact he owns part of the character rights, a sequel may never happen as he wants the original movie to keep its “purity”.

Reports suggest that a Nightmare Before Christmas ride could happen.

Moving on to better news, although it never came to fruition, Disney once wanted to create a ride solely dedicated to their iconic movie and even had sketches of the potential new attraction, according to Slashfilm.

Jack Skellington has been spotted in a handful of different movies.

Alice in Wonderland, Finding Nemo, Coraline, Sleepy Hollow, and Princess and the Frog are just some of the many popular films Jack Skellington has been spotted in.

He has also made a cameo in James and the Giant Peach.

In what seems like it’s becoming a common occurrence, Jack Skellington has been seen in the haunted shipwreck scene during Tim Burton and Henry Selick’s 1996 flick, James and the Giant Peach.

Oogie Boogie was the most difficult character to design.

Partially due to his large size and quite shapeless body, Selick admitted – back in 2017 during an interview with the Daily Beast – that designing Oogie Boogie was by far the most difficult.

The Pumpkin King’s suit was initially going to be black.

It’s hard to imagine the Pumpkin King’s suit in any other way than its iconic black with white pinstripes pattern, but it was admitted, in the 15th Anniversary commentary track, that the suit was originally planned to be just black.

Although Tim Burton and Henry Selick were always against the idea of giving eyes to their standout character, Disney pushed the two into giving Jack Skellington “friendly eyes”. Both creators stood their ground forcing Disney to ease their demands.

An extended ending of the film showed us Jack as a father.

If you have not seen it, the movie’s official soundtrack has an epilogue that sees Santa Clause visiting Jack years into the future where it now shows the Pumpkin King as a father.

Is The Nightmare Before Christmas a Halloween or a Christmas movie? The debate is now settled.

While most of us aren’t too fussed as we tend to enjoy The Nightmare Before Christmas’ brilliance all-year-round, Selick did confirm that the movie is, in fact, a Halloween film.

Again, if you missed out on our other 9 things you may not know about The Nightmare Before Christmas, make sure you check it out, HERE!

Did you know any of these hidden facts? Be sure to let us know in the comments.