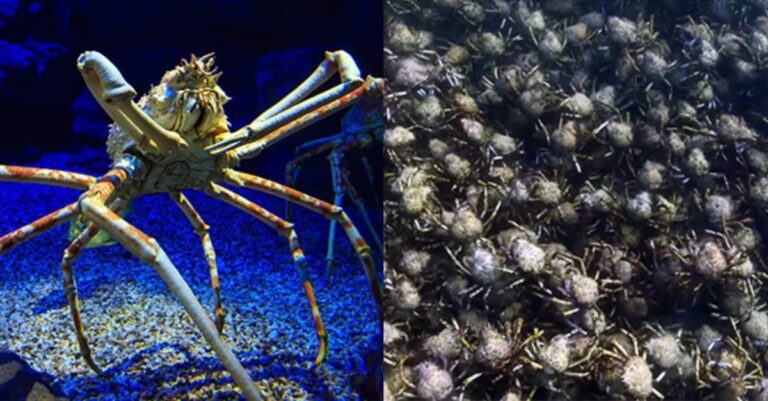 The famous narrator of “Planet Earth” and “Blue Planet” and beloved British presenter, David Attenborough, is onto another one of the greatest nature documentaries to exist – “Blue Planet II”. The forthcoming documentary is exciting all on its own but the fact that Attenborough will narrate it as well gives it all the more hype.

The first episode of the second season is titled “Green Seas” and one of the many mind-blowingly stunning shots featured is that of an army of hundreds of thousands of spider crabs marching along the ocean’s plains.

In a never-seen-before experience, the audience witnesses the mounds and ripples created by the crabs as they mount one another and shed their shells. The spectacle is witnessed at the bottom of Australia’s Mornington Peninsula sea.

A time-lapse shot shows a close-up of the shedding and emerging of the crabs. Once they shed the hard exterior, they emerge with a softer shell which hardens over time and enables them to grow.

Alex Vail, the camera operator who took the shot explained, “The crabs didn’t seem concerned about our presence and I would often find one or two clambering over my legs while filming.”