Freaked DISCOVER THE ART OF PUBLISHING
Home Movies Sarah Jessica Parker Says That All Of The Sanderson Sisters Are Ready To Return For A Sequel. 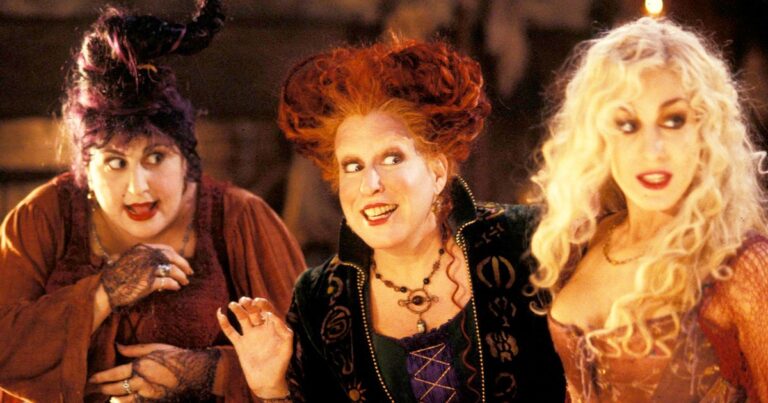 Since its release in 1993 Disney’s Hocus Pocus has become somewhat of a cult classic around the world, despite only just recouping its estimated $30 million budget at the box office. There are only a handful of characters from the 90s movie scene more recognizable than the Sanderson sisters faithfully played by Bette Midler, Kathy Najimy, and Sarah Jessica Parker and now Parker has revealed that all three actresses are up for reprising their roles.

In an interview with Bruce Bozzi on Radio, Andy Parker said that all three of the stars were “very hospitable to the idea” of a return and they had made it known to the people in charge of producing the upcoming sequel on Disney+. You can check out the soundbite for yourself below.

The sequel was announced by Collider back in October of last year and head writer Jen D’Angelo mentioned at the time that even though the trio wasn’t attached to the production at the time the studio was “hopeful that they’ll be involved with the sequel in some capacity”.

Shortly after the rumors of a sequel started circulating, Parker also published a throwback photo where fans were clamoring for her to be a part of the new project.

For those that haven’t seen the original, the premise of Hocus Pocus was centered around teenager Max who after relocating to Salem, Massachusetts accidentally frees a trio of evil witches from an abandoned house and must race against time and try to stop the coven gaining immortality in an often hilarious and incredibly 90s fashion

With news that director Adam Shankman is on board hopefully the ball will start rolling on the currently untitled Hocus Pocus 2 release, and that the iconic witches will all return to wreak havoc once more.