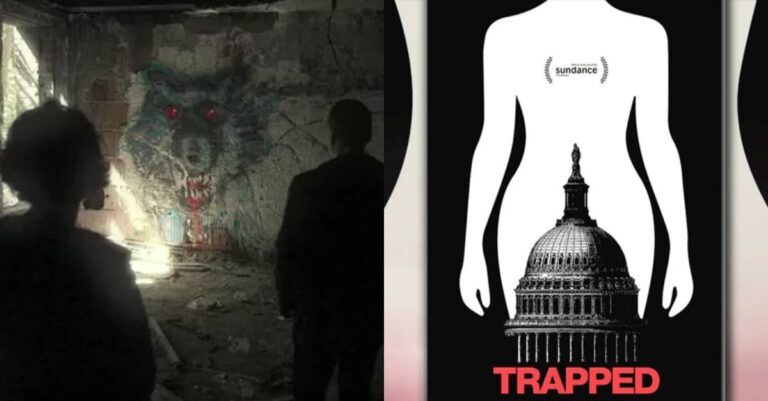 Everyone loves a good documentary. Whether you are a geek who loves splurging time on National Geographic or you simply want to enjoy a decent dose of general knowledge, the world loves documentaries. But what happens when documentaries revolve around the gruesome and grim? This is a collection of 12 of the most scary documentaries aired on popular movie streaming site, Netflix. If you can stomach the horrors they hold, perhaps you won’t be hiding under the sheets tonight.

Scary Documentaries That You Can Watch on Netflix

The curious tale of a missing boy who has returned is unveiled in this documentary. The disturbing tale progresses on to depict the alterations he went through during the time that he was missing.

Hostage To The Devil

If you thought The Grudge or The Ring was bad, wait till you watch this. One of the most scary documentaries currently airing on Netflix, it talks about a spiritual priest performing exorcisms to rid the world of pure evil.

With Trump banning abortions and claiming to be pro-life, more and more women are subject to horrifying medical procedures and lack of care. This documentary is a new kind of evil, addressing the difficulties faced by pregnant women seeking abortions. Regulating abortion providers is becoming increasingly tough.

Ghost hunters, Joshua Zeman and Rachel Mills film their ventures into investigating true crimes that led to the spawning of urban legends.

Timothy Treadwell’s actual footage was used in the making of one of the most scary documentaries existent, Grizzly Man. The film highlights the factors that drove Treadwell to the world of the grizzly and the wild. The grizzly bears he loves and protects soon turn on him and display some of nature’s most horrific realities.

The macabre exploits of Herman Webster Mudgett, who went by the alias of Dr. Henry Howard Holmes are filmed in this documentary. The 19th century serial killer was a cunning liar and effective con artist. The feature brings to light key aspects of the life of H. H. Holmes.

The disappearance of five children and the boogeyman involved in their mysterious departure are investigated and filmed by two filmmakers.

The docudrama brings to light the gory and horrific events of World War II. It saves nothing to the imagination as the feature film recreates dramatic enactments of what ensued in the Hiroshima bombings.

Glory Daze: The Life and Times of Michael Alig

Revolving round Michael Alig, the founding member of the infamous Club Kids, the documentary sheds light on the 1980s night life of New York City. The era of debauchery, decadence and creative heights is discovered up close.

Josef Fritzl: Story Of A Monster

The story of Josef Fritzl, the man who held his daughter captive in a basement for 24-years finally emerges. Brutally assaulting her both physically and sexually, the 73-year old is a man made of stone cold evil.

The Confessions of Thomas Quick

This documentary is all about the making of a modern day Swedish serial killer.

Interview With A Serial Killer

The Genesee River Killer, Arthur Shawcross, is investigated in what could easily be one of the scariest horror documentaries. A peek into the bonafide murderer’s psychology will chill you to the very bones.

Documentaries are the older sisters of movies. Devoid of fiction, the cold hard facts surface in these films. Of course, a horror movie makes a great watch but what if the events playing on your screen are real life occurrences? Would you still sleep as peacefully tonight?