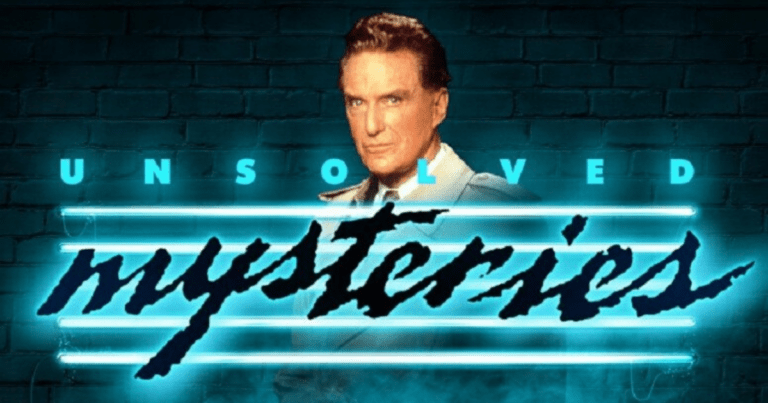 Unsolved Mysteries is a revelation when it was released in the late ‘80s and continued in the ‘90s.

At a time when a television is the most accessible medium in most houses, Unsolved Mysteries, as a show that showcases real-life chilling stories, managed to capture the horror palette needed by its more mature viewers.

And they are superbly made as well, with episodes such as The Chair of Death, The Abduction of The Allagash Four, The Tragic Murders of Pam and Eric Ellender, and The Disappearance of Angela Hammond still striking a terrifying chord up to now.

When Netflix has announced that they will be rebooting the beloved series for their streaming platform, fans were undeniably thrilled though the atmosphere will never be the same without the late Robert Stack as the host.

People who are eager to watch new Unsolved Mysteries content will have to wait only a few weeks more as Netflix officially announced that they will be premiering new episodes this July 1, 2020.

While there’s no confirmation if the previous Unsolved Mysteries episodes will also be uploaded in Netflix’s library, this is still good news!

Six episodes will be premiering this July 1, each titled ambiguously. Here are the episode descriptions:

1. Marcus A. Clarke’s “Mystery on the Rooftop”

The body of a man was found in an abandoned hotel room a week after he mysteriously disappeared. Police suggest his death is a suicide, but the medical examiner argued that the cause of death is “unexplained.”

An adult was mysteriously vanished, leaving behind her teenage son. Existing tensions between the two intensified.

A family was founded buried under the back porch of their home. Authorities discovered that the patriarch was nowhere to be found and that his owned gun was the same model as the murder weapon used.

A young adult was gone missing until his body was found a month later – in an area, the enforcers had searched multiple times already.

Eyewitnesses tried to convince the world that the UFO sighting they’ve just witnessed in 1969 when they were just children, was real.

A teenager confessed that she helped her mother dispose of the body of her murdered stepfather.

What are your thoughts on the Unsolved Mysteries reboot on Netflix? Do you feel the new iteration will work fine even without Robert Stack? Share your reactions in the comments section below.