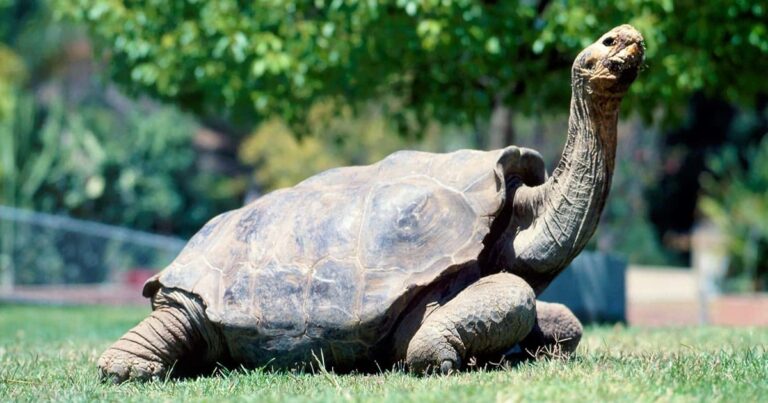 Whenever a species is brought back from the brink of extinction, it’s typically the result of the combined efforts of countless people and animals. However, Diego, the Tortoise isn’t a regular animal. In fact, he’s been credited with being one of the sole saviors of his species, thanks to an extensive career in making love.

Though he initially lived at the San Diego zoo, it soon became apparent that tortoises would go extinct without him. As a result, he was sent to the Galapagos National Park for a breeding program. Typically, these sorts of programs have hundreds of participants spread across males and females.

However, the tortoise population only included 12 females and two males, including Diego himself. Naturally, this would be a difficult prospect and take an extensive amount of time. However, Diego the Tortoise proved to be up to the task, as he single-handedly fathered over 800 babies. The effort has been applauded by many animal watchers.

This adds up to about 40% of the current population. The rest of the species is comprised of the other male’s offspring and that of other males born in subsequent generations. As a result, Diego is the father of the most tortoises across the entire species. While there is still an extensive amount of growth to be done, it has meant that they’re no longer as threatened as they were.

These efforts took several decades, with Diego himself being 100 years old. Now that he’s fathered 800 children, Diego the Tortoise has been officially retired, and he’s being sent back to his home of Española. That being said, there’s no word on whether he’ll unofficially try to have more children.

As tempting as it may be, several decades of breeding might have taken its toll on the tortoise. As a result, he might want to sit back and enjoy his old age.