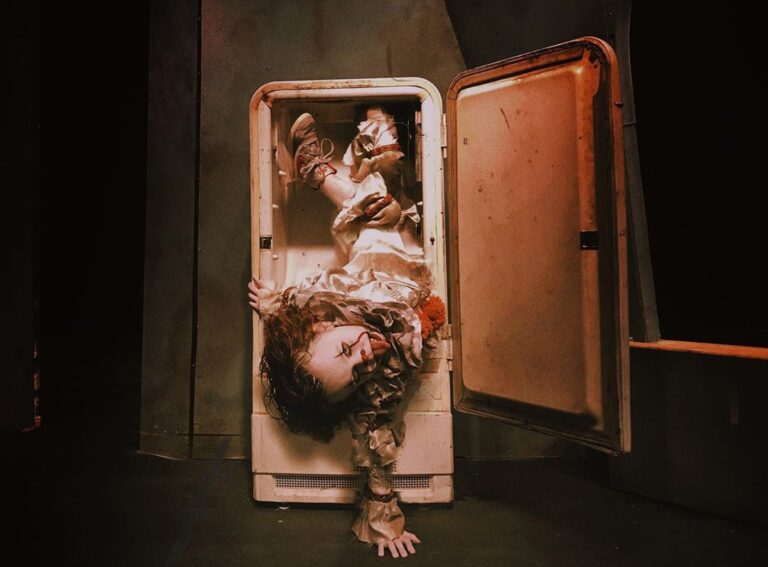 There has been a certain viral sensation making its rounds on the internet again recently, and we can’t decide if it is more creepy or adorable.

Even though I’m not particularly afraid of clowns, Stephen King’s IT has terrified me as well as millions across the globe for generations, and one 17-year-old boy from Mississippi has taken it to the next level.

Originally taken back in 2017, Instagrammer Eagan Tilghman started off by dressing his little brother as Pennywise the clown and the photos were so well done that it took the internet by storm!

Tilghman was not only the photographer but also the makeup artist and costume designer for all of the photos which makes the feat even more impressive and as his popularity grew, so did the quality of his work.

Tilghman went on to gain over 33,000 followers on Instagram and even made an appearance on the second season of NBC’s Making It, a show where contestants take on the task of creating certain handmade projects. Tilghman was unfortunately eliminated from the show before the final round but there were many who saw his departure from the competition as unfair.

Tilghman went on to tell his fans just how much their support meant to him when it came to molding his little brother into the iconic horror clown. “In one year, these three images alone managed to get me thousands of followers.” He says, regarding his most popular photos “They got me across the states to meet some of the most AMAZING PEOPLE who live my dream every day!”. He goes on to say that the pictures are a “symbol” to him and that they are not simply recreations of a “demonic scary clown”.

So let us know what you think about these Pennywise themed creations, are they cute, terrifying or downright demonic?

All photo credits in this article go to Eagan Tilghman/ Instagram.