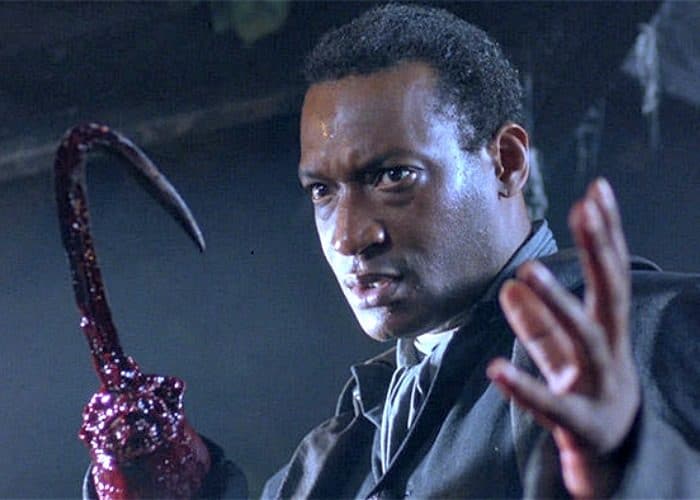 With anticipation building for the new Candyman sequel, signs point to the trailer being released very soon.

With a release date scheduled for 12th June this year, MGM, which is the studio behind the production, need to get something out there pretty soon.

Some sources speculate that the trailer could drop ahead of The Invisible Man screenings which are set up for an initial release of the 26th of February (two days from now).

The fact that Tony Todd himself is returning to reprise his role in the film is extremely encouraging, as well as the fact that the Candyman-obsessed Chicagoan character Helen Lyle will also play a part in the production, but in the new movie, she is portrayed by Cassie Kramer.

Horror hero Jordan Peele is also a part of the production as a writer and a producer alongside Yahya Abdul-Mateen II who is cast in a leading role.

Labeled as the spiritual sequel which will be directly linked to the original story, Candyman has now received a classification from Alberta Film Ratings and the classification of a film usually signals that something is ready to drop.

The original Candyman film was a critical success and has since achieved cult-like status amongst horror fans. It brought in over $25.7 million at the box office in the US.

Amongst other shocking scenes, perhaps the most memorable was the pivotal moment when Tony Todd as the Candyman appeared to have bees emerge from his mouth as well as swarm around him. Todd later revealed that he was stung 23 times throughout the film, but had a clause in his contract that netted him $1000 for every sting.

Following the success of the first film, the Candyman franchise went on to develop and release two sequels to the original- Candyman 2: Farewell To The Flesh and Candyman 3: Day Of The Dead, but neither were as critically acclaimed.

The upcoming film is set in gentrified Chicago on the spot where the now-fabled Cabrini-Green housing projects once dominated the area.

Definitely watch this space for another announcement, which we hope to be right around the corner.