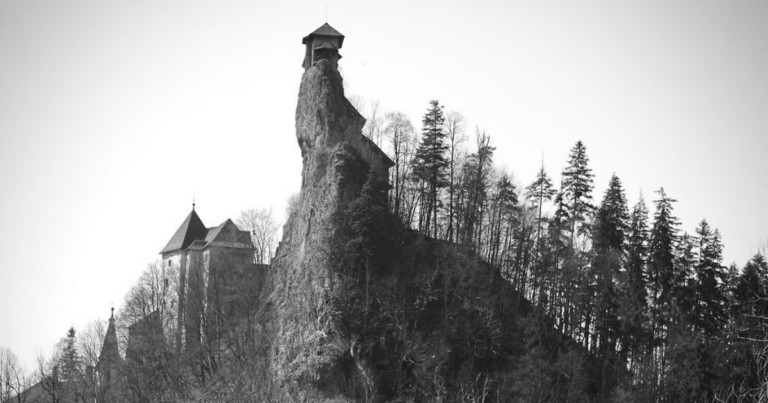 Many horror movie buffs know that F. W. Murnau’s 1922 film Nosferatu was way ahead of its time. Its German expressionistic style continued to resonate to this very day, efficiently manipulating larger-than-life gothic atmosphere and scares.

The movie, an adaptation of Bram Stoker’s novel Dracula, tells the story of Count Orlok, a mysterious vampire who secretly trapped people under his home.

Fans of Nosferatu, especially given the time of its production (literally going as far as a year near the introduction of cinema) will be thrilled to know that its iconic castle can still be visited by many.

A lot of passionate tourists are aware of this, Count Orlok’s castle is the Orava Castle in real life. And yes, you can see how shooting here definitely makes sense.

Referred to by its locales as the Oravsky Hrad, Orava Castle is located in Slovakia, just above the Orava River in the North Orava region. On a far glimpse, the castle is already quite a scene-stealer.

The Orava Castle could easily pass as Transylvanian tower, wonderfully preserved up to this day. But what’s more fascinating about it, aside from its Nosferatu milestone, is the rich history it contains.

It goes back to the thirteenth century, with a very dense history of war and violence. The location of the Orava Castle was built after the Mongol invasion in Slovakia and was once used as a barracks by the military. Many stories of myths and legends have sprung seven centuries since it was established.

Then there are the spooky stories of Orava Castle being haunted. Previous visitors in the castle have reported sightings of phantoms, ghosts of soldiers, and a lot of creepy elements. If that doesn’t make Nosferatu into a scarier horror movie, I don’t know what will.

If a trip to Slovakia seems too expensive or traveling here isn’t an option at the moment, watch this tour video of Orava Castle.