Freaked DISCOVER THE ART OF PUBLISHING
Home Animals The Draco Lizard: The Flying Dragons That You Never Heard Of 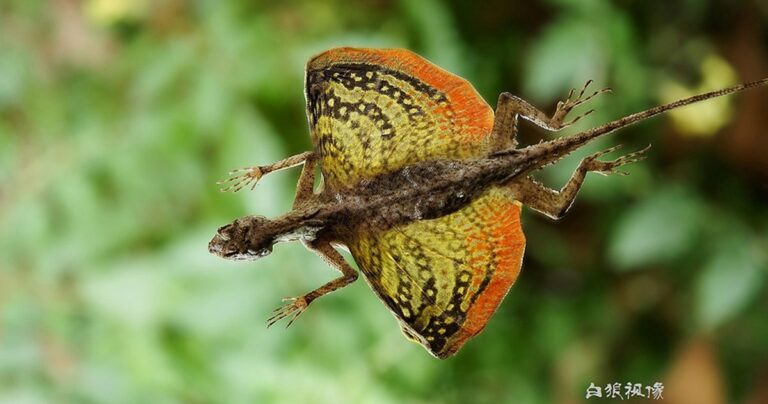 There’s quite an eclectic mix of lizards around the world. While many people may think of Australia when it comes to some of the more interesting reptiles, that may not be the case. Instead, people may want to turn their attention to Southeast Asia, which houses the Draco Lizard. Despite being relatively unheard of, they’re one of the most interesting reptiles on the planet.

Perhaps the most notable aspect of their physiology is that it can fly. Though this is common to many reptiles, the way this species does so is quite different from others. Instead of developing wings attached to its arms, it uses its ribs. The lizard is able to extend and retract these ribs whenever it needs to travel.

When doing so, it stretches out a piece of skin that functions like a wing. When this is stretched out, the Draco Lizard can glide for up to 30-feet. Like some other reptiles, it uses its tail to steer and change direction. The eight-inch-long reptile also has quite a flat body, which supposedly helps when flying.

According to reports, the reptile – also called a Flying Dragon – developed this flying ability to stay away from predators. The lizard typically stays in trees while its natural predators tend to stick to the floor. Given that the Flying Dragon needs to travel for food, it naturally needed to find a way to do so without putting itself at risk.

Despite this, the female members of the species will descend to the floor when laying eggs. However, this will usually only last about 24 hours, after which she leaves the offspring to their fate.

This isn’t the only reason why the reptile will use its flying ability. Being quite territorial, it will chase rivals away from the trees that it inhabits. Typically, one male Draco Lizard will call two or three trees home and fiercely defend them.